By Stephanie
By: Stephanie Holland
This week another story of an adult who has Down syndrome gone missing came across social media.  The 35-year-old woman was found, nearly a week later, but her story brings up more questions about what is “acceptable” risk when it comes to our loved ones.

The Dignity of Risk 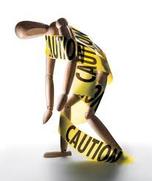 Denying the mentally retarded exposure to normal risks commensurate with their functioning tends to have a deleterious effect on both their sense of human dignity and their personal development. In addition, the removal of all risk diminishes the retarded in the eyes of others.

Perske, Robert.”THE DIGNITY OF RISK AND THE MENTALLY RETARDED,” MENTAL RETARDATION, Vol. 10, No. 1, February, 1972.
As parents and caregivers, part of our job is to keep our loved ones safe, regardless of how old they are. It can be tricky trying to balance between being overprotective and justifiably cautious. Perske coined the phrase “dignity of risk” in the early ’70’s but it’s still one of the most difficult concepts in caregiving for parents of children with intellectual disabilities. 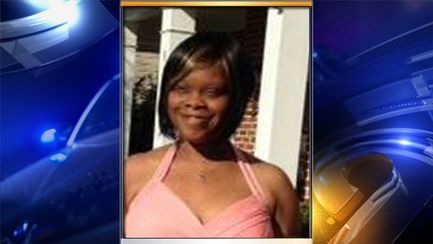 The Charlotte-Mecklenburg Police Department said that a 35-year-old woman with Down syndrome who was reported missing was reunited with her family Thursday night.

Zakia Luck was last seen leaving her home to go uptown to watch fireworks on July 4.

The incident was reported on Monday on Sedgeburn Drive.

Luck functions well despite having Down syndrome, according to the CMPD news release.

The family was concerned for her safety because when she feels she has done something wrong, she will turn her cellphone off, and did so in this instance.

In November, Luck was reported missing and was found safe.

First and foremost, I’m relieved that she has been found.There are, however, a few things about this story that concern me. According to the article, this is the second time in less than a year that this woman has been reported missing.  I wonder if that fact had anything to do with, what seems to me to be a delay in asking for help. She was last seen on Friday evening and wasn’t reported missing until Monday.Part of me cringes at the phrase used in both reports (July and November): “Luck functions well despite having Down syndrome.”  The November article clarifies the statement by saying that Zakia is “independent” and has a job at a local senior center.

This language brings me back to Perske’s assertion that the level of acceptable risk should be “commensurate with their functioning.”  Personally, I’m not sure where we draw the line.  And, at what point do we run the risk of being compared to “free-range parents?”

I’m not one who usually worries about what other people think. But it’s not unheard of for people to blame the parent when something tragic happens, no matter how completely unpredictable the event may have been.

Mardra wrote about one such incident where the accuser considered his opinion newsworthy – and so did the editor of the Frederick Post.

The wounds came open again when a few days ago Gary Jenkins, the brother of the sheriff of Frederick County Chuck Jenkins, publicly blamed Patti Saylor for her son’s death because it was she who allowed Ethan to be in the community. His letter to the Editor of the Frederick News Post stated that, “She should have known better to send him out in public.” Apparently, Jenkins believes that Patti Saylor should have somehow considered the possibility that her son’s trip to a movie theater would lead to the fatal circumstance of three off-duty officers forcibly bringing her adult son with Down syndrome to the ground, resulting in a crushed larynx, asphyxiation, and the devastating conclusion: homicide.

From According to Jenkins, Best to Keep a Person With Down Syndrome at Home (Huffington Post)
It’s not just about traveling independently, or even whether or not our loved one is active in the community.  It can be something seemingly simple like food choices. Elspeth Slayter Recevik, PhD, MSW explains it pretty well in an article about caregiving for her adult sister called “Twinkies for Breakfast: Implementing the Dignity of Risk with Adults with Intellectual Disability.”
Recevik is concerned that her sister is pre-diabetic and needs to make better choices about what she eats. Since she identifies herself as “adamant advocate for self-determination for people with intellectual disabilities,” she can’t bring herself to override her sister’s wishes.

These are the every day situations where the rubber hits the road so to speak.

How do we know how much risk is acceptable. If Recevik’s sister ends up with severe diabetes down the line will she regret giving in to her sister’s demands for snack foods?

If Zakia continues to go missing, how long will it be before authorities step in, or worse, what if the next time there isn’t a happy ending?

These are the hard decisions we have to make every day that we’re blessed with the company of someone with an intellectual disability.

Sometimes there are compromises that can be made.  Sometimes we can gently guide our loved ones and help them make better decisions.

All I can say is that we all do the best we can with what we know.