By Stephanie
By: Stephanie Holland
Every year, we have the same debate: Awareness vs Acceptance. There is a firmly held belief within some corners of the Down syndrome community that it is way past time for awareness.  While I understand where they’re coming from, and occasionally agree with some of the reactions to specific stories, I think it’s a more complicated issue than we like to admit.
The National Down Syndrome Congress addressed the issue in a recent newsletter.

October is Down Syndrome Awareness Month. We’ve had a lot of people say to us, “Awareness Month? It’s 2014! We don’t need awareness month! What we need is Down syndrome inclusion month! Or acceptance month! Or advocacy month!”

Their response was thoughtful and informative.  As the first national organization, NDSC has been on the “front line” of Ds awareness campaigns since 1973.  They know, first hand, how much things have changed, and, as evidenced by the calls they still get, they realize some things have stayed the same:

“From the new mom who has just gotten a diagnosis…well, she “knows” what Down syndrome is…but really, she has no idea what it means or what to expect.

Or the grandfather who calls and says his daughter is expecting a baby with Down syndrome, and that “this is the worst thing that has ever happened to our family”.

Or the educator who tells the parents of a seven year old, “Those expectations for your child are unrealistic. Don’t you understand that he has Down syndrome?”

Or the doctor who counsels his patients to end a pregnancy to avoid the “suffering and heartache”.

Yes, all those things still happen in 2014 America.”

Recent conversations that have taken place on Facebook have led me to the same conclusion. Concerned parents, looking for advice and support, are still plagued by ignorance in their neighborhoods. They are still scrambling to get their child included in schools and other places.  Bullies still punish our children for being different.  So called “professionals” still dole out advice based on outdated information.

Fear is still being used to manipulate parents. The same reasoning that used to be employed to convince parents to leave their children in institutions is now being used in conversations around guardianship.

In other rooms of the Down syndrome community, a certain level of bullying is being used to convince parents that anything other than their definition of “full community participation” is failure and bad parenting.

It’s no surprise that different opinions will exist about what approach we should take in October and on World Down Syndrome Day in March.

One of my own pet peeves involves the countless stories of Homecoming and Prom kings and queens that surface in the media every year.  Some are well written; some are not.  Some leave me with an overwhelming sense that the piece is more about how wonderful the other students are for voting for someone who has Down syndrome. Those upset me.  But a recent comment on Facebook tells the other side:

“Behind all these stories of our kids winning contests are parents who had to buck the system and fight to have their child included in the school.”

That’s the point that I focus on.  Some say that we will have reached the pinnacle of acceptance when these stories aren’t news.  Unfortunately, the truth is that so many pupils with intellectual and developmental disabilities are not even “seen” by the majority of the student body. These stories are still relevant – no matter how much we’d like to think we’ve evolved as a society.  Yes! Some schools have embraced the special needs population thanks to supportive administrators and teachers.  Those places should be celebrated as examples to the places where outdated beliefs still reign.

Can We Re-Define Awareness?

Personally, I think we need to re-think what “awareness” means and encompasses.

What about awareness that discrimination still exists?  Take for example, the opinions expressed recently about #JusticeForEthan ?  Too many people out there still believe that our adult children should be kept at home. Some of these people are in positions of power and influence.  These opinions are still front and center in stories about life and death situations. 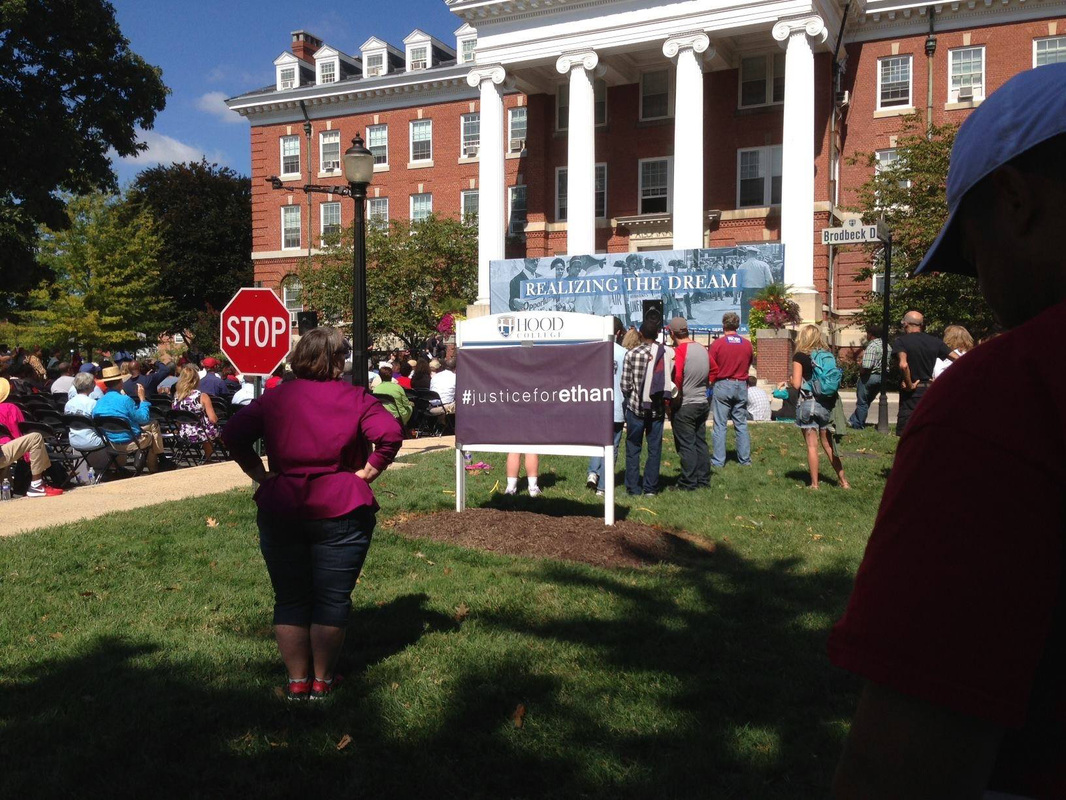 #JusticeForEthan as civil rights issue in Frederick, MD and everywhere. 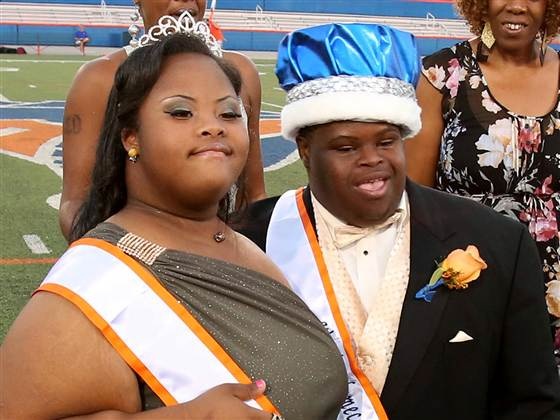 “Black Teens With Down Syndrome Win Homecoming King and Queen, Make History” – UPTOWN
We also need more stories that feature people of color who have Down syndrome.  Another misconception that continues to exist is that Down syndrome only affects Caucasians.  A story in the October 16th edition of Uptown Magazine uses the Homecoming King and Queen hook to get people’s attention, but the story talks more about Bubba and Semone than about how the other students should be praised for noticing them.
How about more awareness of things like wait lists for services and creative solutions (mostly generated by parents) to address unmet needs of adults with intellectual and developmental disabilities.  Parents of children who are about to transition to adulthood need to be aware of the difference between child and adult services.
Personally, I fall somewhere within the spaces between awareness and advocacy.

Everyone can take their own path as long as we continue to “share the road.”

What are your favorite ways to celebrate Awareness month?  Have you seen campaigns or events that you like this year?