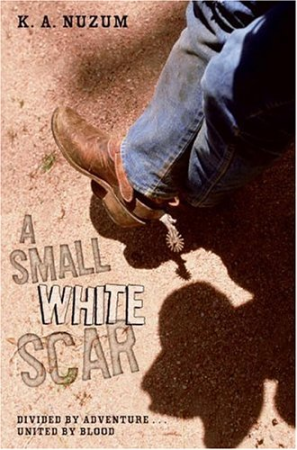 Since his mother’s death, Will’s job has been to look after his twin brother, Denny, who has Down syndrome. Their father’s word is law on the ranch, and 15-year-old Will knuckles under as the story begins. But he soon devises an escape plan that leads toward the rodeo, and beyond, to spending his days as a cowboy without the responsibility of watching his brother. When Denny follows Will across the plains, that plan takes an unexpected twist, leading Will to confront the people he loves and hates most and forcing changes in all their lives. Set in Colorado in 1940, the novel transports readers to a vividly realized setting as the boys move across the country on horseback and encounter hazards from a poisonous snake to a swollen river. But external dangers are not the engine driving the plot. Will’s frustration, determination, and flashes of anger give the story its momentum as he struggles to emerge from his childhood and finds no clear path toward becoming an adult. Part family tale, part adventure, part journey narrative, this coming-of-age story has an emotional core that will touch even readers who never dreamed of competing in a rodeo. An unusually fine first novel.