A criminal case in Iowa may have implications for the romantic relationships of adults who have Down syndrome.  It’s a difficult topic, but one that deserves some discussion.
78-year-old Henry Rayhons is facing third-degree sexual abuse charges for having relations with his wife who was living in a nursing home.  The question is, since his wife had Alzheimer’s disease, was she able to consent to a physical relationship? 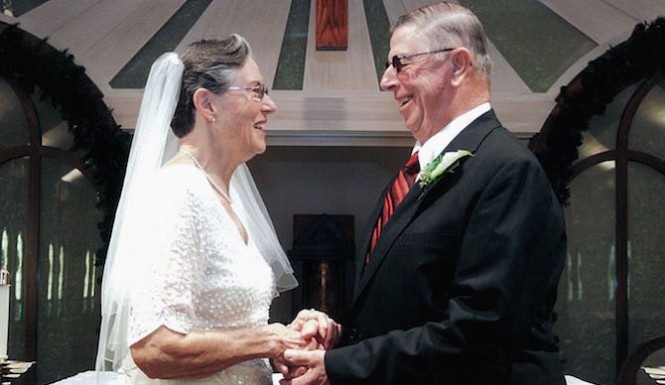 Photo from http://www.inquisitr.com/
Headlines like “Can a Wife With Dementia Say Yes to Sex?” are showing up everywhere as legal minds discuss the issue of whether people who are deemed mentally incapacitated actually have control over their own sex life.

They might be unable to balance a checkbook while they’re perfectly capable of deciding whether they desire a partner’s affections.

At issue is the ability to understand and communicate the desire for intimacy.

“Any partner in a marriage has the right to say no,” said Katherine C. Pearson, who teaches and writes about elder law at the Penn State Dickinson School of Law and reviewed the Rayhons case at the request of Bloomberg News. “What we haven’t completely understood is, as in this case, at what point in dementia do you lose the right to say yes?”

While dementia is quite different from intellectual disability, the legal issue of “mental capacity” is similar in both cases.Author Eugene Volokh, who reported on this case in the Washington Post, highlights the complicated legal issue:

The question of how to deal with sex by those who aren’t mentally competent is quite complex; it also arises, of course, with regard to those who are mentally disabled all their lives.

In a 2004 article, he discussed the legal age of consent and how existing laws may impact those with intellectual disabilities.

Katherine C. Pearson talked recently about how the prosecutor in this case claims that it’s not an issue of “consent” because Mrs. Rayhons is in the same category of protection as a child.  In that same interview, Daniel Ringold (President and CEO of Hebrew Home at Riverdale in New York, the first long-term care facility to create a sexual expression policy) claims that the line is drawn when someone is deemed “incompetent” – the legal term used to gain guardianship over our adult children.So how do we negotiate this difficult issue when a loved one lives in our home, or in a group home?  Should the state be responsible for determining when sexual contact is appropriate? If a parent gives consent, what happens if someone else challenges that decision? How does guardianship play into this issue?

As this case plays out, we’ll be watching since one legal case can set a precedent to be followed in other jurisdictions.