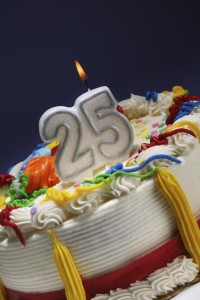 This week has been one of well-earned celebration and thoughtful reflection on the 25th anniversary of the passage of the Americans with Disabilities Act. So far I’ve been listening from the edges, reluctant to put my 2 cents in, but today I was inspired by two things: a White House event and an old opinion piece. I think I’ve finally got an appropriate mix of “jaded by history” and cautious optimism to write my own perspective with some kind of balance.

Yesterday I wrote a response piece about sharing a parent’s perspective on social media. Today I was excited to change gears and listen to some of today’s top disability advocates talk about their experiences. The honorees of the White House Champions of Change – Disability Advocates Across Generations did not disappoint.  Almost immediately after the speeches ended, I found Andrew Pulrang’s post to his column Disability Thinking called “I Was So Young.” Now, I’m ready 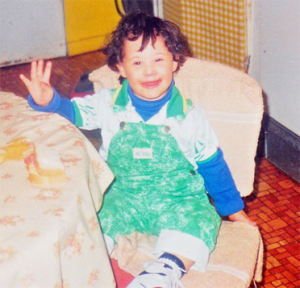 As a very young 20-something, single mom with only 3 years of membership in the disability community and a disinterest in politics I was naïvely excited about the ADA.  To me, in the moment, it meant not having to worry so much about finding a new daycare for my toddler who had Down syndrome. As a working mom with a 45 minute commute (one way without traffic and in the D.C. suburbs there’s ALWAYS traffic) I had three requirements: a licensed center with trained staff, plenty of same-age peers for my son to have as friends and mentors, and a location that allowed me to quick access to him in an emergency. [Aside: Changing jobs was not an option because of the pre-existing condition clauses in most, if not all, health care plans. But that’s a discussion for another Act.]

I found what I thought was the perfect setting and scheduled a tour and interview. Everything went smoothly until I mentioned that my son had Ds. Suddenly, the center’s director who had been eager and welcoming shut down. Her demeanor completely changed and she said “Oh, I’m sorry. We’re not equipped to handle someone like him.” I had a cursory understanding of the legislation that had just been signed and broke into my first experience with advocacy in action.  A negotiation ensued, and eventually she gave in, once she had a chance to learn about the Act.

Most people, in my experience, hadn’t really taken the time to understand the Act unless they thought it might impact them. As I read Andrew’s piece that was written before President Bush had actually signed it into law, I was reminded of the conversation at the time. As with many legislative reforms, most of the dialog was about money – how much it was going to cost and how people were going to take advantage of the system. The jaded part of me remembers it clearly. So many discussions about “those people” who just wanted a handout and didn’t want to work. What was a “reasonable accommodation” and who determined whether it would cause “undue hardship?” We just didn’t know at the time. What we did know was that change was needed and we hoped the ADA could bring it.

Lesson learned – Legislation and policy do not change attitudes.

The new daycare situation started off rocky and didn’t get better. First, the director tried to insist that my child be prescribed Ritalin. Because I had access to specialists and it was covered by insurance (oops, that’s that other conversation again), I agreed to have him tested for hyperactivity – against my instincts. The physician summed up his findings by reassuring me that a child who can sit quietly engaged through an entire full-length film, like my son, is NOT hyperactive.  With that behind us I thought the coast was clear. That is, until the day, only a few months into our association with the center, I arrived as scheduled to pick him up after work. He was playing, alone, in the cedar chips under the swing set. As I lifted his arms to buckle him into his car seat I was shocked by the deep wound on his chin. I rushed him to the emergency room, unsure of how the accident happened or even when. After 7 stitches, I was finally ready to give in.  I still feel the lingering effects of basically having to choose my son’s safety over what I knew to be his right to be included.

Ethan Saylor had the right to attend his local movie theater with the necessary services and supports he needed to enjoy his evening.  In his case, that necessary support was a paid caregiver. Regal Cinema has a published policy that shows their plan for ADA compliance:

That’s the ADA at work.

Unfortunately, Ethan’s caregiver did not know about, or did not take advantage of the free companion pass. If she had, she would have had the extra money to buy him a second movie ticket that would have saved him from death at the hands of off-duty deputies moonlighting as mall security determined to protect the business owners from “those people” looking for a handout.

Thanks to the ADA we can consider this tragedy through the lens of what it is, a civil rights, or better yet, a human rights issue. It also allowed the U.S. Department of Justice to launch an investigation into an incident that otherwise would have been successfully, quietly, and easily swept under the rug by local officials.  With stories about people with disability being killed during interactions with law enforcement coming to light almost daily, perhaps the federal jurisdiction that the ADA provides will shed some light on how to stop these unnecessary deaths. 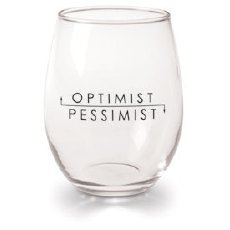 So, while my own experience with the specifics of the ADA has been limited, and I might sound pretty pessimistic about the whole thing, I do have hope. That hope gained strength today as I listened to a new generation of disability advocates. I became a huge new fan of Talila Lewis as she spoke about the intersection of race, disability, and life experience.

We must dismantle the stigma and discrimination in communities of color around disability. – @talilalewis#WHChamps

I have no doubt that Ari Ne’eman  will continue to ask the hard questions around the hierarchy of disability and self-advocacy.

“Personhood is an absolute value.” @aneeman is so powerful on these issues of disability solidarity and diversity. #WHChamps #ADA25 — David M. Perry (@Lollardfish) July 27, 2015

It’s a new era with a new generation of advocates who have great ideas about how to move forward. They’re taking what we have and adapting it to the new society we live in. Aspects that the dedicated advocates who drafted the ADA couldn’t have imagined, like the importance of technology, present new challenges for these current and future leaders. They’re up to it!

So happy silver anniversary to the ADA and thank you to all of the advocates, past, present, and future, who are dedicated to the spirit of disability justice for us all!