Vaccine targeting AD with Down syndrome 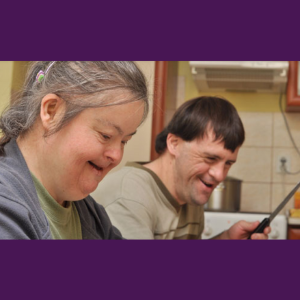 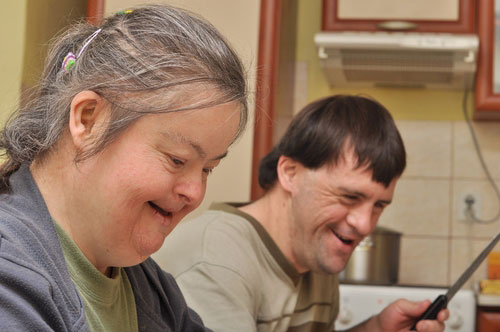 Plans for the world’s first clinical trial for a vaccine targeting Alzheimer’s disease-like characteristics in those with Down’s syndrome have been announced.

The study will test AC Immune’s vaccine ACI-24 and is being conducted in collaboration with the University of California, San Diego (UC San Diego) Down’s Syndrome Research and Treatment Center. Funding is provided by a significant grant from the US National Institutes of Health (NIH) and an additional grant from the LuMind Research Down’s Syndrome Foundation. This is the first public/private collaboration for a clinical trial in the field of Down’s syndrome.

Individuals with Down’s syndrome (DS) have an extra copy of chromosome 21 which carries the gene for APP encoding the precursor protein of Abeta, one of the hallmarks of Alzheimer’s disease (AD). An important consequence is that individuals with DS develop AD-like characteristics at a rate three to five times greater than that of the general population and at a much younger age. Further, AD-like characteristics develop in more than 98% of people with DS over age 40 with up to 80% developing associated dementia over the age of 60. It is estimated that there are 6 million people with DS worldwide, with 400,000 in the United States.

Trial participants will be adults with DS. The objectives of the trial include studying safety and tolerability of ACI-24, its effect on induction of antibodies against Abeta, clinical and cognitive measures in adults with DS and its effect on biomarkers of AD-like pathology in DS. Participants in the study will be treated for 12 months, with 12 months follow up.

Prof. Andrea Pfeifer, CEO of AC Immune said: “We are very pleased to bring this potentially disease modifying treatment for Alzheimer’s disease into the vulnerable, genetically predisposed Down’s syndrome population. The combined knowledge and resources of AC Immune, UC San Diego, NIH and the LuMind Research Down’s Syndrome Foundation should generate much needed insight for treating the Alzheimer’s-like characteristics of those with Down’s syndrome. Additionally, this ground-breaking clinical trial could enhance our understanding of early intervention and prevention of Alzheimer’s in general.”

Dr. William Mobley, Executive Director of the UC San Diego Down’s Syndrome Research and Treatment Center, commented: “We are delighted to join our colleagues at AC Immune and the LuMind Research Down’s Syndrome Foundation in this exciting study, the first step in a process whose ultimate goal is preventing Alzheimer’s disease in people with Down’s syndrome.  That both public and private funding sources support the study signifies the importance attached to Alzheimer’s disease and the valuable insights that will come from studies of this disorder in Down’s syndrome.  We wish to thank our colleagues as we eagerly look forward to helping people with Down’s syndrome and their families and loved-ones.”

Dr. Michael Harpold,  LuMind Research Down’s Syndrome Foundation’s Chief Scientific Officer, stated: “We are very excited the LuMind Research Down’s Syndrome Foundation has been able to work and join together with AC Immune, UC San Diego and NIH in establishing the first ever private-public partnership for a clinical trial in the field of Down’s syndrome. Accelerating research and the development of new potential therapies to address the developmental intellectual disabilities and earlier onset of Alzheimer’s disease in people with Down’s syndrome represents a major part of our foundation’s mission and commitment to prevent the earlier decline and loss of important gains they have attained throughout their lives.”