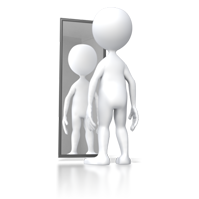 What do you do when someone says something that makes you question what you believe? What if the comments give you reason to doubt your vision of yourself and what you are called to do?

That’s what happened to me today when I read an article by Carly Findlay called “When parents overshare their children’s disability”.

So many things Carly said gave me pause.  She talks about parents publicizing their children’s lives without their consent and how that might impact them later in life.

“I also said I want to see less of parents showing their child’s disability on social media until their child can give permission.”

“How would they feel of they read it? How would their teachers and friends feel?  Has the child given their parent permission to write about them?”

She talks about the conflict that I’ve felt before on social media.

“There is often a divide between people with disabilities and parents, and often I am scared of raising the issue because I feel some parents may overlook the experience of disabled adults.”

I’ve also felt this tension from other parents who criticize the way certain stories are told.

Some of these things can be difficult to grapple with, but Carly’s admission that reading parent blogs caused her pain was a turning point for me.

“To read about how a child’s disability is a burden for their parents hurts so much – especially when I read about a child with the same condition as me. Was I a burden on my parents too?”

Those were the words that sent me into serious self-reflection mode. 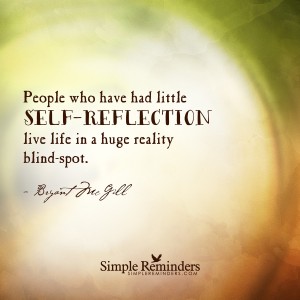 I wanted to explore the issue more so I read the transcript of the Twitterchat that Carly mentioned. There were so many great voices there! I pulled out several that helped me work through my conflicting feelings.

I felt like I learned a lot so I thought I’d share some of my process with you.

First, I want to say that I honor and appreciate Carly and the other adults with disabilities who write about their own experiences.

The problem, for me, is that my story, for better or worse, is completely intertwined with my son’s. I would never describe my son as a burden because I simply do not feel that he is or ever has been.  But, does that mean that parents who struggle more than I don’t have a right to express their truth? Should they not seek support from other parents on social media? I can acknowledge the potential of over-sharing but I also know the isolation of feeling alone in the journey.   I could appreciate how Alice Wong described the days  before social media since similar feelings led me to create The Road in the first place.

@erinrbreedlove It’s definitely been that experience for me too. I think of my pre-Internet youth as the ‘dark days’ 🙂 #DisabilityStories

So how do we find the right balance? How do we share our own stories as parents without infringing on our children’s rights as individuals? How do we share the difficulties without portraying our children as burdens? After all, if we only share the “good” stories, we run the risk of falling into the overused and criticized “inspirational” story group. I’ve also learned from our two years on The Road that the popularity of those stories makes some parents feel unwelcome in online communities.

Here’s a few of the resolutions I’ve made about my own writing:

How do you feel about parents sharing stories about their child with a disability? Do you share your own story? How do you decide what is off limits? If you don’t normally share on social media, do you have any advice for those of us who do? Has social media helped you feel less alone or some other way?

*I’d like to thank Carly and the people at the National Museum of American History who hosted the #DisabilityStories chat for giving me something to think about and Meriah for sharing the story.

1 thought on “Sharing Our Stories On Social Media: How Much of My Story Is Mine To Tell?”