Originally posted 10/25/15
The fight continues. We can only hope that researchers will find this question worthy of study. 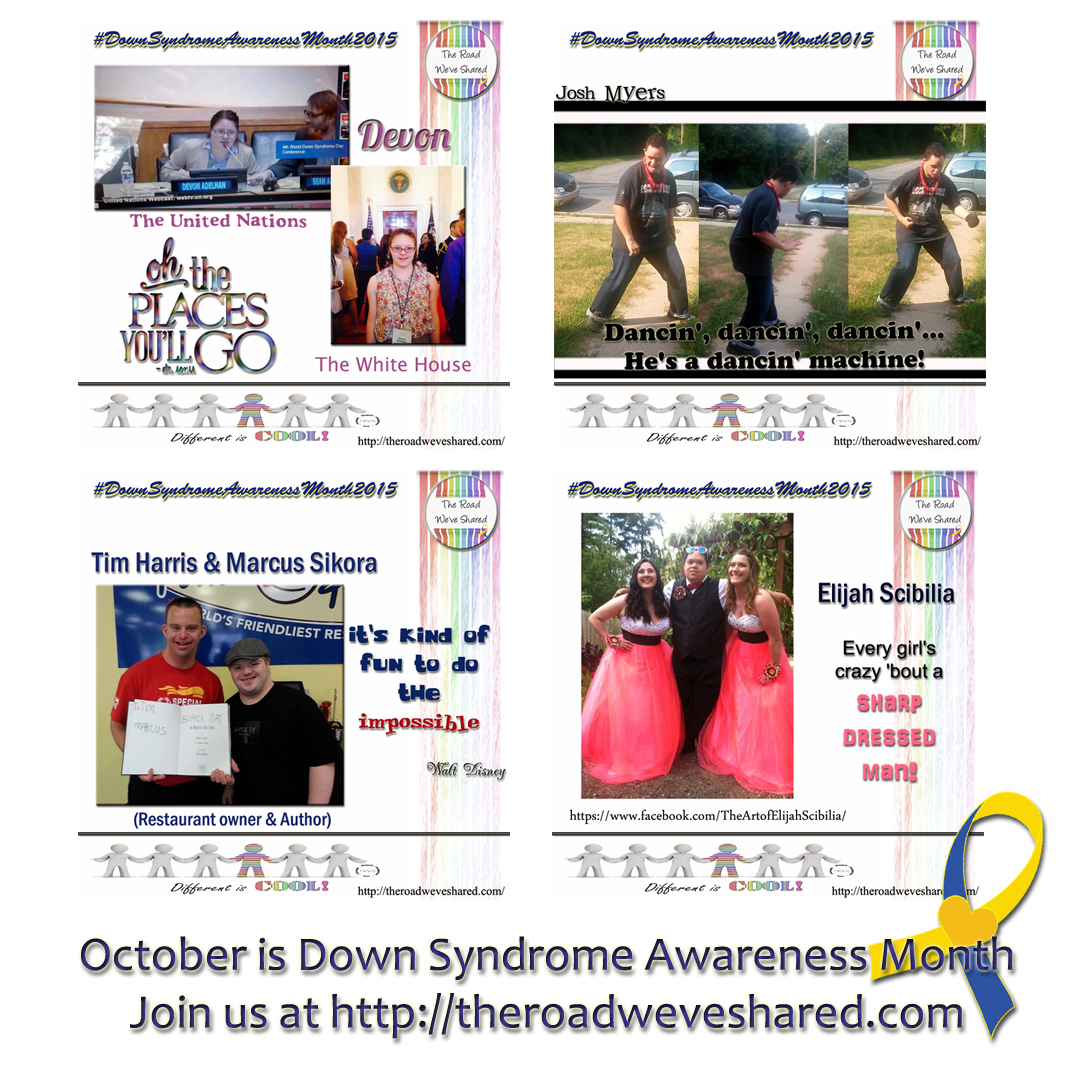 October is National Down Syndrome Awareness Month and most parents in the community are contributing in their own way. Some share photos on Facebook and other social media. Some tell stories of their child’s accomplishments or point out those of others. A recent article in the San Diego Union Tribune provided many facts about Down syndrome and introduced readers to some individuals who have surpassed society’s expectations regarding the success that people with the condition are believed to be capable of.

The headline reads “Those with Down syndrome living longer, defying limits” with a subtitle of “Better preventive care adds to quality of life.” To attract those outside of the Down syndrome community, the choice in headlines was obvious: a short synopsis of what has changed. The focus on life expectancy however is misleading.

“Debra Emerson, CEO of El Cajon-based St. Madeleine Sophie’s Center, which educates and empowers people with developmental disabilities, said the life expectancy for those with Down syndrome has risen dramatically in recent decades from age 25 in 1983 to 60 today.”

What the article doesn’t tell readers, and most people don’t know (including those most closely affected) is that those numbers only apply to Caucasians. According to a report published by the Center for Disease Control, the numbers for non-whites are still quite dismal.

The study is quite old, as research goes, but those involved at the time warned that it should be investigated further.

“However, racial disparity still exists in DS survival, and further study is needed to determine the causes of this disparity…

Additional study is needed to determine why persons with DS die much younger if they are black or of other races than if they are white. Identification of these factors may permit development of interventions to eliminate this racial disparity and further improve the survival of all persons with DS.”

When the study was first published, ABC News looked for a reaction from one of our national organizations.

“The National Down Syndrome Society said the study indicates a “serious disparity that really needs to be addressed.””

“”We always acted on the assumption that there was some kind of socio-economic kind of disparity,” said Jennifer Schell Podoll, a spokeswoman. “But we’re very surprised reading that survey to find out the racial disparity was so stark.””

So while the overall outlook for people with Down syndrome is much improved, a large segment of our population is still dying prematurely. Our national organizations have vowed to make this a priority, but the public has not seen any specific details of how that will be done.

Only one voice has risen above the crowd, telling the truth to a national audience. Supermodel Beverly Johnson, first woman of color to be seen on the cover of Vogue magazine in 1974, recently in the media for her involvement in the Bill Cosby scandal, has a cousin who has Down syndrome.  When interviewed for last year’s Down syndrome Awareness Month about her position as national spokesperson for Global Down Syndrome Foundation, Ms. Johnson referenced the health disparities that exist.

Meanwhile, another awareness campaign is taking place and people are spreading inaccurate information and half-truths in a well-meaning effort to educate the public.

As the founder of an online organization for parents and caregivers of adults who have Down syndrome, and the mother of a bi-racial 28-year-old man who has Down syndrome, this misinformation is maddening and quite frightening.  As long as we continue to tout the Caucasian numbers as the whole story we allow the status quo to continue.  We cannot be satisfied with this outcome. We cannot present ourselves as advocates for equality and inclusion for people with Down syndrome and other intellectual disabilities and completely ignore the fact that half our population is still dying young!

We need to make ourselves aware of the truth!

It’s a matter of life and death. 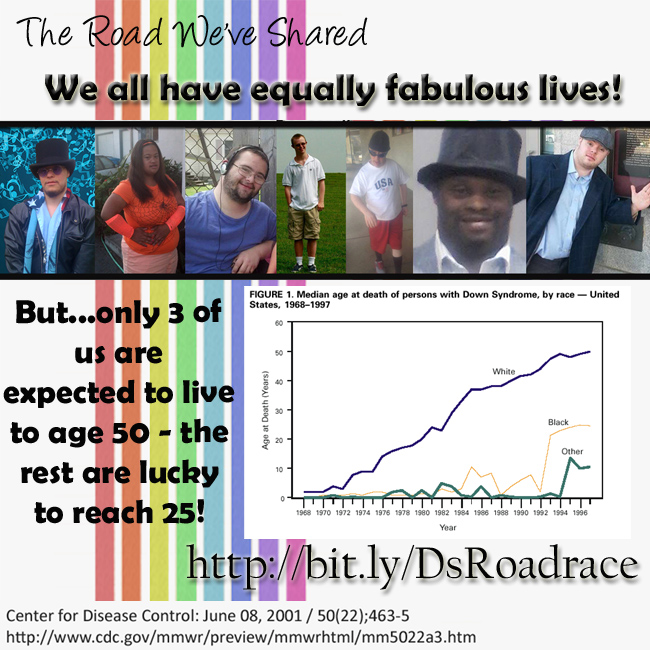