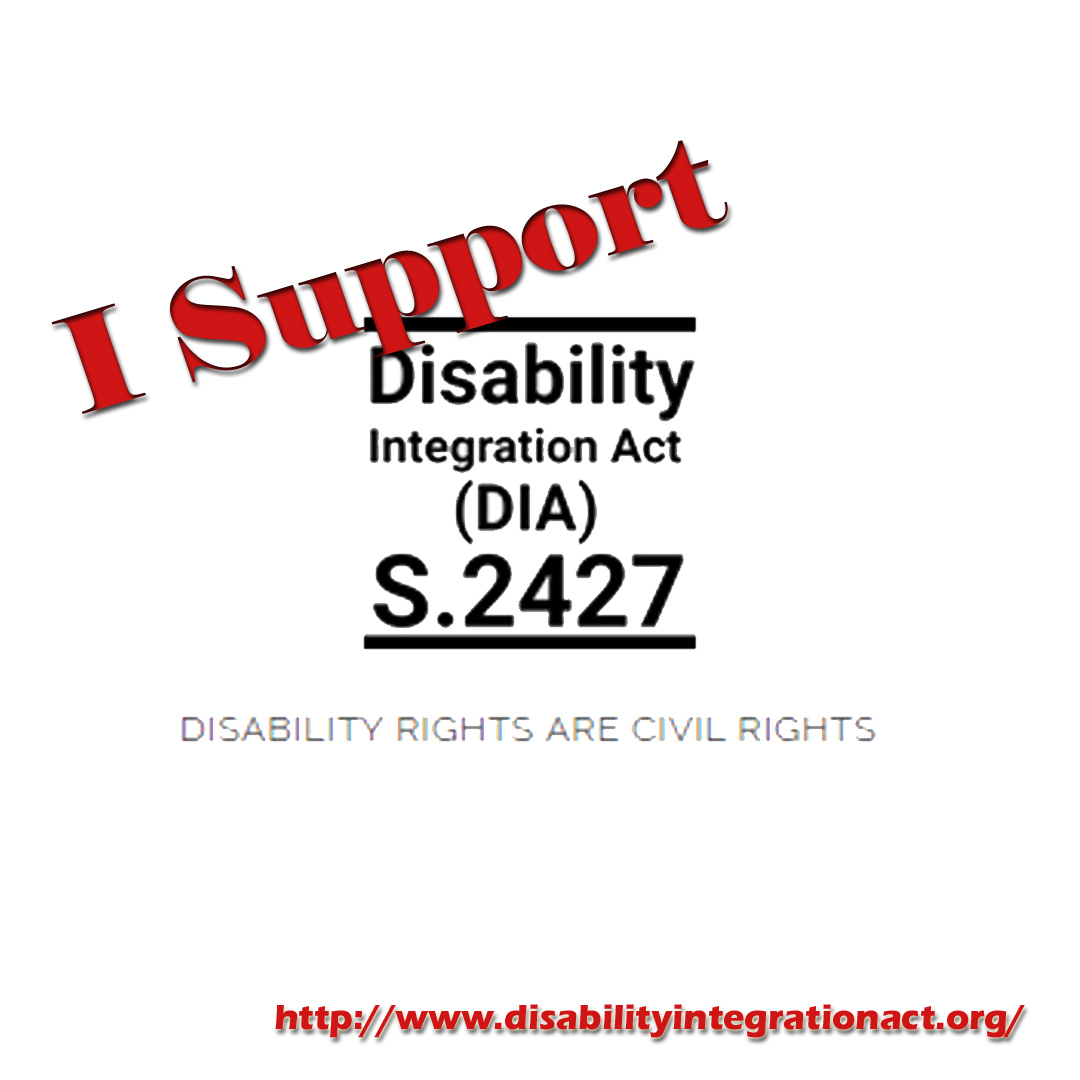 Is your loved on one? Have you heard of them? Do you know what they are?

Nolo, a website that provides legal information, tells us where the term “waivers” comes from.

“Historically, Medicaid-eligible people who needed help with things like remembering to take their medications, preparing their meals, bathing, and doing their grocery shopping would have been institutionalized (placed in a nursing home or other long-term care setting) to receive these services. The Medicaid program would not pay for those kinds of services unless they were provided in a nursing home or other institution. The Social Security Act, as amended in 1981, allowed states to create Medicaid Home and Community-Based Services (HCBS) programs that would pay for home-based services for elderly or disabled individuals. States HCBS programs must be approved by the Centers for Medicare and Medicaid Services (CMS) in a process known as a 1915(c) waiver.”

Qualifying for a “waiver” is how people with disabilities receive long-term services and supports outside of an institutional setting.

“The 1915(c) waivers are one of many options available to states to allow the provision of long term care services in home and community based settings under the Medicaid Program. …Standard services include but are not limited to: case management (i.e. supports and service coordination), homemaker, home health aide, personal care, adult day health services, habilitation (both day and residential), and respite care. “

I recently asked members of our private group to tell me their stories.  One mother said they’d been on the list for 12 years. Another mother told me that after being on the list for six years, they moved to another state.  A caseworker had informed her that she would have to die before her sons would get services. A mom in Tennessee says her son has been on the list, designated as being in “urgent need” for eight years already. 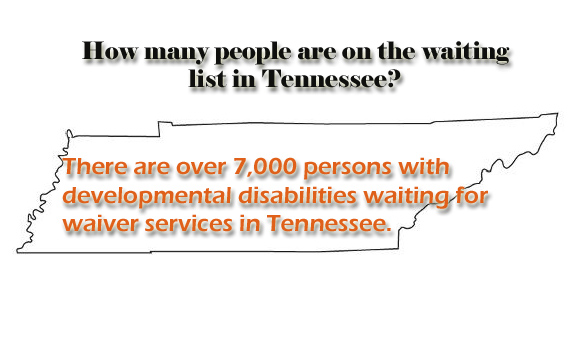 Personally, we move around quite a bit, and we would have to re-apply and start from scratch every time we move because each state is different.

Nationwide, there are 268,000 people on waiting lists for home and community-based services. People on wait lists for Medicaid Waivers for Developmentally Disabled (MR/DD) programs, with an average wait time of almost 3 years. Some states have waiting lists in excess of ten years.

Links to individual state policies on Medicaidwaiver.org show the startling differences between the states. 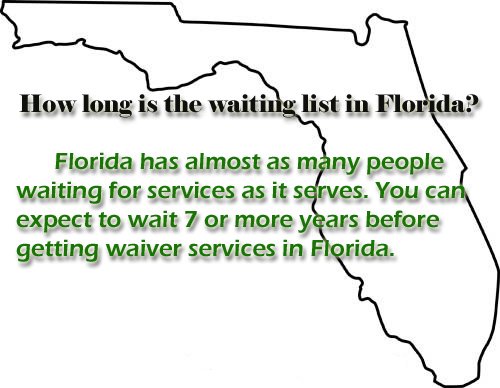 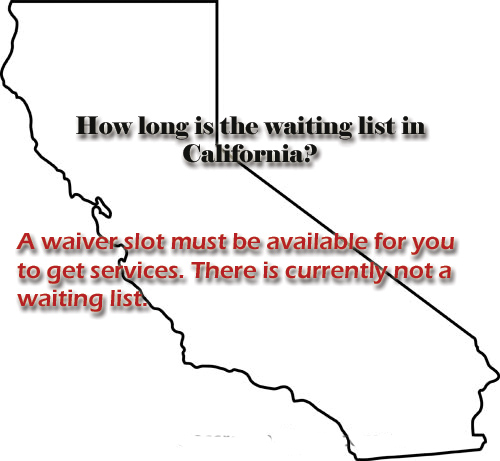 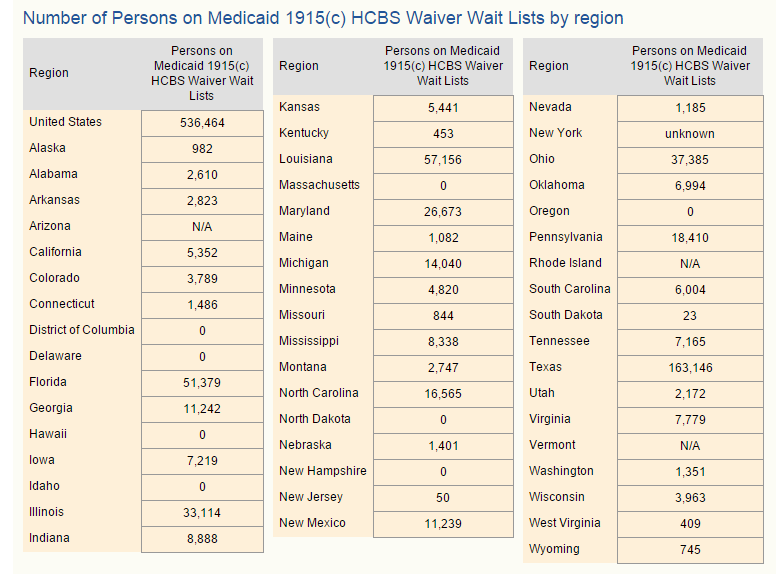 Many parents aren’t aware of, or don’t understand the waiver process. If parents don’t apply until their children need the services covered by Medicaid waivers, they may be in for quite a wait. 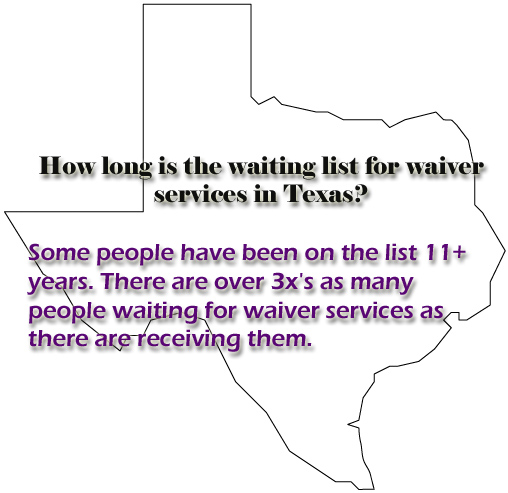 A new bill was introduced into the Senate by Sen. Charles Schumer, D-N.Y. The Disability Integration Act was designed as civil rights legislation, making it illegal “for a state and insurance providers that pay for LTSS (Long-term services and supports) to fail to provide HCBS (Home and community based services) by using waiting lists, screening people out, capping services, paying workers too little for services, or the other excuses that have been used to keep people with disabilities from living in freedom.” – ADAPT.org

Many disability organizations have signed on as supporting the bill.  So far, none of our national organizations are on that list.

*Update – since the original posting of this blog, the National Down Syndrome Congress has signed on in support of this bill.

We believe that the Down syndrome community should join the wider disability community in supporting this important civil rights legislation.

Read up on the bill and especially why someone might oppose it: ADAPT

Let our national organizations know that we support the bill: Change.org petition.