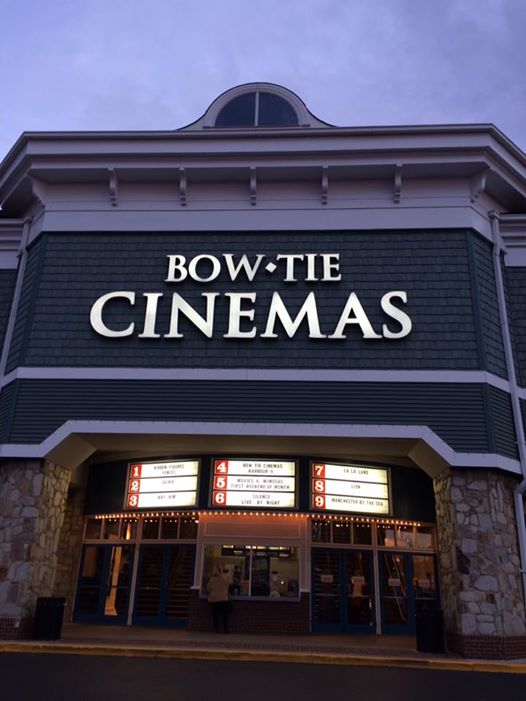 As my mind gets out of constant planning mode, and back into the everyday groove, I wanted to take a moment and share a few thoughts on last weekend’s festivities.

I came up with the idea back in August. With Patti’s permission I started rallying the troops and doing the necessary research. Having never planned a film festival (or even attended one) there was a great deal to learn if I was going to pull this off. Luckily for me, I have some fantastic friends who believed in the project and jumped in to help. In less than five months, the Ethan Saylor Memorial Film Festival was a reality. According to the information I found online it’s unusual to plan an event like this in less than a year, and even more uncommon not to lose a great deal of money the first year. To me, the success of the project is a testament to the importance of the message the festival conveyed and the dedication of those who wanted that message to be heard.

Of course, our first goal was to honor the life and legacy of Ethan Saylor. For that reason, many questioned why I would choose a film festival. The fact that Ethan was killed in a movie theater made a film festival the least likely choice for some. I’ll admit, I had my doubts, but ultimately decided that by celebrating his love of movies and coming together as a community to take back some of what we lost that night, we were honoring his memory in a way that no other event could. The premier of Ethan’s Law – the movie – added to my resolve.

The beginning of Ethan’s Law tells the story of what happened on January 12, 2013. Eye witnesses finally get a chance to tell what they saw – in their own voices. These interviews are powerful and deserve to be heard. The remainder of the movie focuses on the advocacy that has occurred since that night. Many people have worked diligently to make sure everything that can be done to address the issue of better police training is identified and put in place (that includes allies in the law enforcement community).

But the festival was about more than Ethan. It was about talent that often goes unnoticed. It was about diversity in an influential industry that struggles to include minority voices. It was about shining a light on deserving stars within our community.

And while accomplishing these goals is gratifying in and of itself, there were certainly moments that stand out in my mind as above and beyond my wildest dreams for this event. 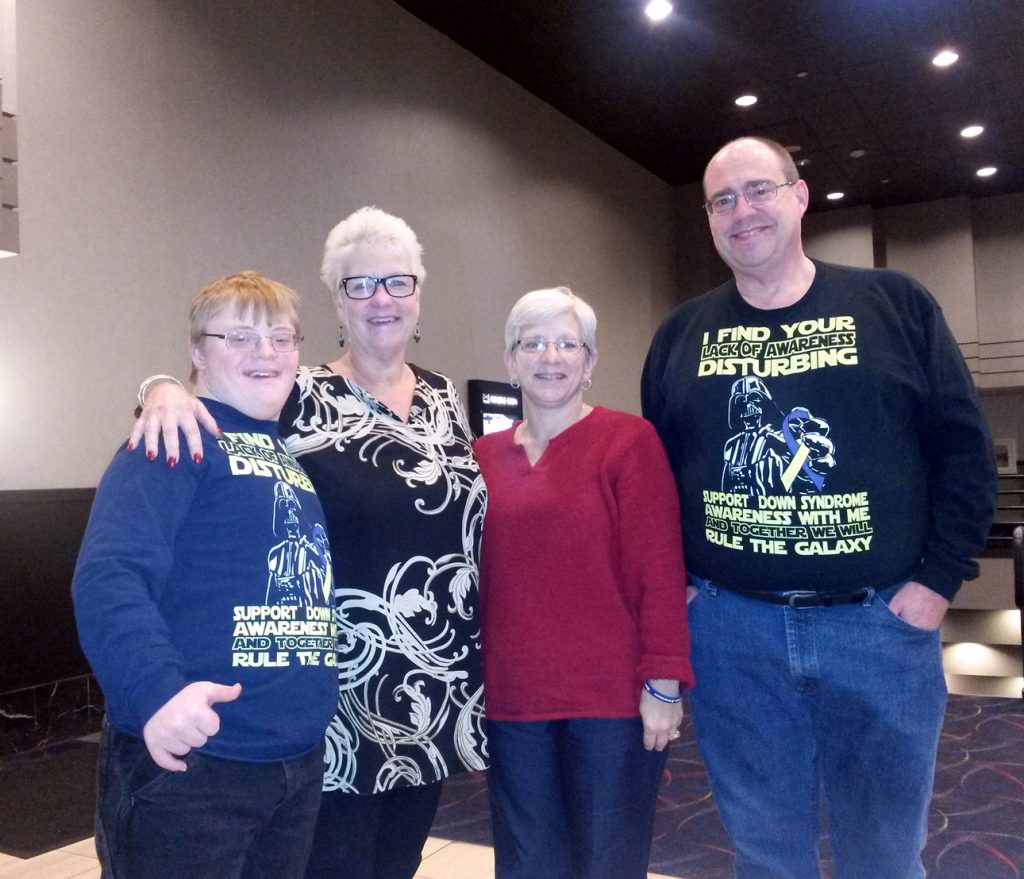 Getting to meet the Sherman family who drove all the way from Mobile, Alabama to be with us!

Talking with Gene Deems – a gentleman who went to the theater to see Silence and stopped to talk to Marcus Sikora about his book on the way out.  Marcus convinced him to stay – for both days of films and the reception as well!

Getting to rub elbows with some of the biggest talent in our community!  😀 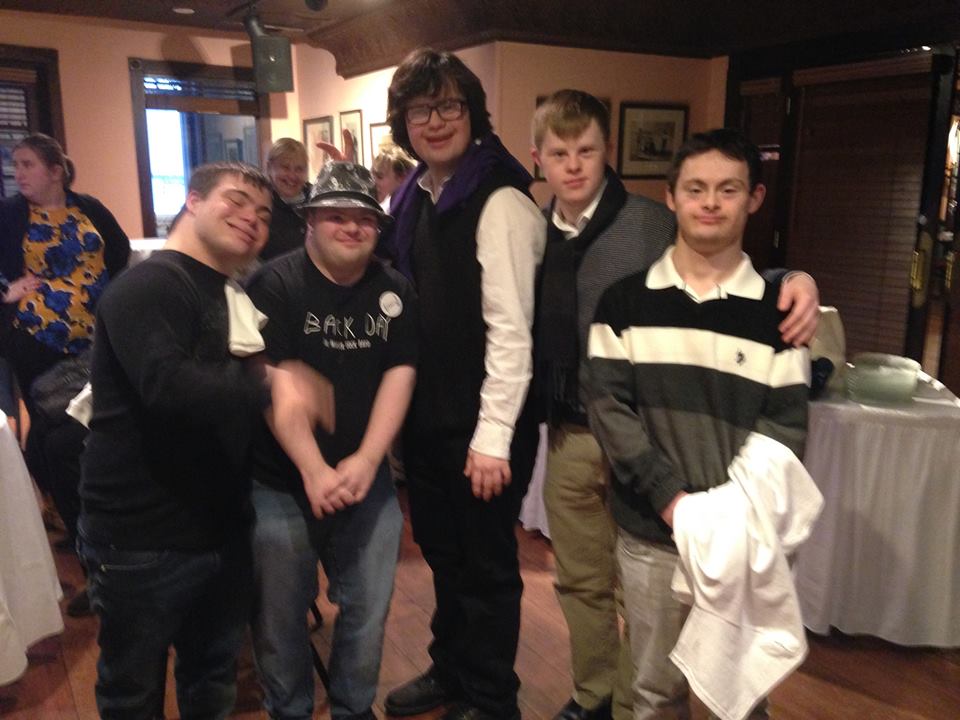 Hearing Sam and Mattie dedicate their award to Ethan! 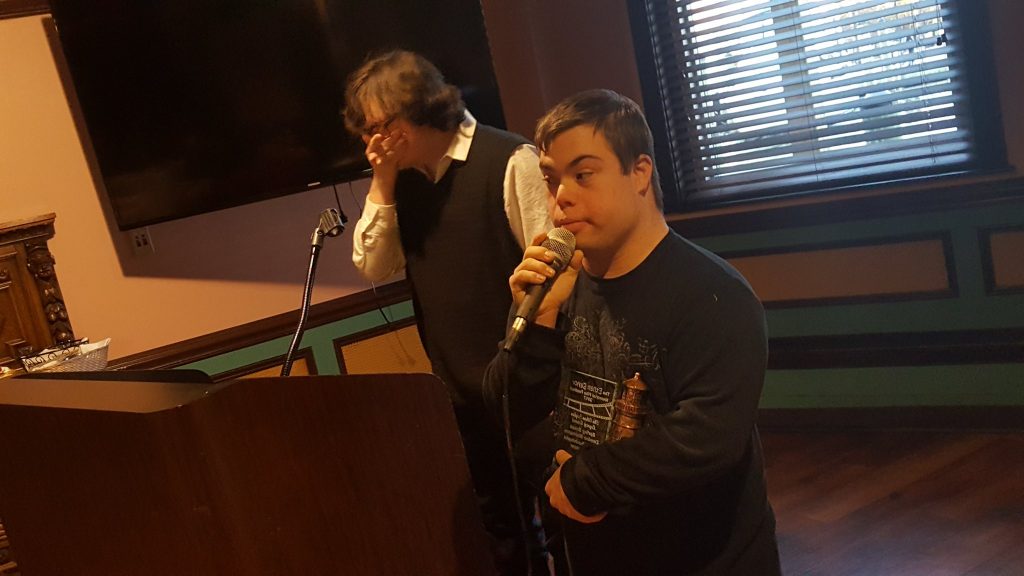 Last but certainly not least – the overwhelming support for this to be the first annual – not the one and only – Ethan Saylor Memorial Film Festival!

Thanks again to our wonderful sponsors who showed their support for Ethan and his family, as well as the many self-advocates who got a chance to show the world that actors, writers, directors, and stories about Down syndrome deserve to be heard and celebrated! And thanks to the IDSC for partnering with us so we could reach those sponsors! 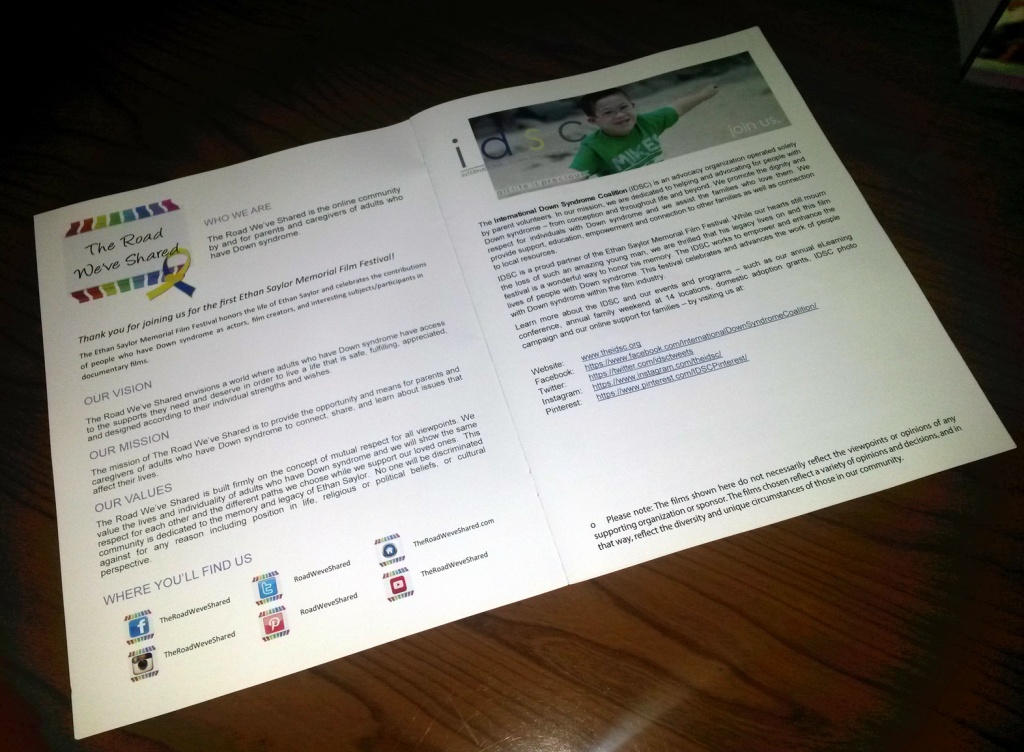 Here’s some of the photos taken last weekend – thanks for sharing them with us! (Brian Long, Gene Deems, Mardra Sikora, and Terri Wilson)