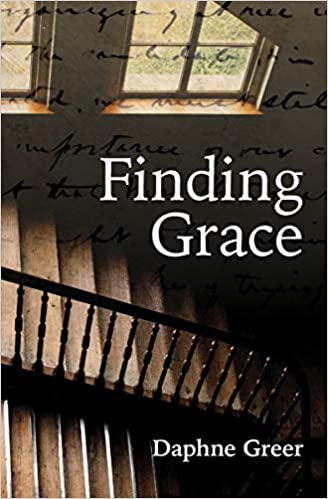 Abandoned on the steps of a Belgian convent as a baby, thirteen-year-old Grace has grown up among the nuns. But her days as a caretaker and companion for her older sister, Dotty, have come to a sad end with Dotty’s death, and now Grace is living among the girls who attend the convent’s boarding school―the very same girls who taunted and bullied her sister for having Down syndrome. Grace desperately wants to know who left her at the convent; she wants a family and to not feel alone in the world. When Grace finds a three-decades-old diary from the 1940s in the convent library, her interest in the history of the convent is also piqued.
Terrible things happened in the little village of Tildonk, Belgium, when the Nazis arrived, and terrible things happened to the mysterious girl who wrote the diary. Unravelling the mystery of the diary ultimately means unravelling the secrets of Grace’s life, which are more complicated than she ever imagined. Based on the author’s own experiences at this very convent school, Finding Grace is an emotional look into the lives of girls in the strict world of convents, both in the 1940s and the 1970s, from the author of Silver Birch-shortlisted Jacob’s Landing.