A Brief Summary of the Story 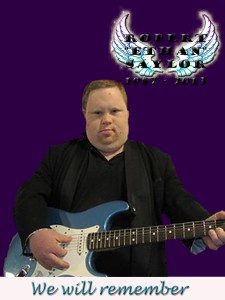 Ethan Saylor was 26 years old.  He was a brother, son, grandson, and beloved family member and friend. He was a faithful church member. He loved reggae music and was a law enforcement enthusiast.  He also had Down syndrome.

On January 12, 2013, he went on a routine outing in the community with his paid caregiver. He never came home.

Here is what we know:

Ethan enjoyed the movie “Zero Dark Thirty” and wanted to see it a second time. When the movie ended, Ethan waited briefly while his caregiver brought the car closer to the door.  While she was gone, he decided to re-enter the theater and watch the movie again.

The theater manager informed Ethan that he would have to purchase a second ticket or leave.  Ethan did not understand or handle money. He returned to “his” seat in the theater and used his cell phone to try to find a solution.

As he sat quietly in the theater, the manager contacted mall security and asked to have him removed.  The guards that responded, Lt. Scott Jewell, a 23-year veteran of the sheriff’s office, Sgt. Rich Rochford, a 16-year veteran, and Deputy First Class James Harris, a 10-year veteran, were moonlighting as mall security.

When Ethan’s caregiver returned to the theater, she spoke with management and at least one deputy to try to defuse the situation but was ignored. She informed the officers of Ethan’s Down syndrome and asked them not to touch him.  She was not allowed to go to Ethan.  When one of the deputies approached Ethan and told him he would have to leave, Ethan refused.  According to reports, Ethan became angry and started cursing.

The other two officers went to assist.  They forcibly removed Ethan from his seat and attempted to handcuff him.  As they struggled, all four men ended up on the ground.  Ethan was on his stomach, at least one witness reported that one of the officers had his knee in Ethan’s back. When the men went down, they were behind a half-wall, out of sight of the few patrons that were waiting for the film to begin.

A witnesses reported hearing Ethan call out “Mommy, it hurt!”

“Saylor cursed and resisted the deputies, and he was briefly handcuffed with three sets of cuffs linked together, according to the sheriff’s office. Saylor ended up on the floor during the struggle and had a medical emergency. He was taken to Frederick Memorial Hospital, where he was pronounced dead, the sheriff’s office said.”

An excerpt from the State’s Attorney’s report reads:

The opinion of the Office of the Chief Medical Examiner was that a 25 year old Caucasian male ROBERT ETHAN SAYLOR, died of ASPHYXIA. Down’s Syndrome, Obesity, Atherosclerotic Cardiovascular Disease, and Accessory Conduction Pathways of Heart, are also significant conditions…This individual was already compromised by his Down’s Syndrome, obesity, body habitus, and heart disease, making him more susceptible to sudden death in stressful conditions which would compromise his breathing.  Using the medical definition of homicide (but for the actions of other individuals Mr. Saylor would not have died), the manner of death is best certified as HOMICIDE>

On April 30th, Your4State.com reported on an injury that Ethan sustained which has yet to be explained:

“The autopsy revealed Saylor had bruises and abrasions on his face and body. And another injury: a fracture to cartilage in Saylor’s throat. Experts say it’s an unusual injury to see in a choking case. A forensic pathologist not familiar with case  says the injury happens from some kind of force.

“It can be seen in a manual strangulation, ” says Dr. John Hunsaker, a forensic pathologist and expert witness. “But in and of itself, one would be difficult to diagnose without more information. And it can occur as a result of a direct blow.””

Witness statements were taken that night at the theater by other deputies. Follow up interviews were conducted at the Sheriff’s office. In March, the State’s Attorney, Charlie Smith, presented the case to a grand jury. The statement that was issued by the State’s Attorney’s Office said: “All 17 eyewitnesses wrote out statements concerning what they saw and heard, including his 18 year old caretaker.”  It also states that: “comment cannot be made on witness testimony but we can confirm that the Lead Investigator at the Frederick County Sheriff’s Office, the Deputy Medical Examiner, and a police training expert, and all 3 involved Deputies were subpoenaed and did testify.” The grand jury did not indict the officers. In April, all three returned to active duty from paid administrative leave.

Online support from the Down syndrome community continued to grow. #JusticeForEthan became a movement on social media and was reported on mostly by local media outlets, including Debra Alfarone at WUSA9 and The Washington Post.

Sheriff Chuck Jenkins did not release the details of the internal investigation until July.

On July 19th, the Washington Post announced that the Department of Justice was investigating whether Ethan’s civil rights were violated.  Jenkins was quoted in the article: “they’re going to say: ‘You know what? There is absolutely no excessive force, no inappropriate actions or wrongdoing by these deputies. This is simply an unfortunate situation where this man had a medical emergency while being escorted out of the theater.’ ”

Ethan’s younger sister, Emma Saylor began to advocate the family’s desire for an independent investigation and police training. She created an online petition on Change.org and wrote an article for the Washington Post.  The petition was slow to gain support at first, but started to draw attention in August. On September 5th, the Saylor family, accompanied by representatives from the National Down Syndrome Congress, the National Down Syndrome Society, and then gubernatorial candidate Heather Mizuer, delivered over 340,000 signatures to Governor Martin O’Malley.  The Governor met briefly in private, with the Saylors and told them of his intent to pursue training, but not an independent investigation.

On September 17, Governor O’Malley announced his plan for The Commission for Effective Community Inclusion of Individuals with Intellectual and Developmental Disabilities:

“Today, I signed an Executive Order to create a Commission, chaired by Dr. Timothy Shriver, Chairman & CEO of Special Olympics, to seek ways to ensure that nothing like this tragic loss of life ever happens again.”

In December 2014, the Commission sent recommendations to Governor O’Malley.  The Washington Post detailed the findings:  “A Maryland commission formed in response to the in-custody death of a man with Down syndrome says the state should create a center in his name where people with intellectual and developmental disabilities would learn how to teach organizations how to effectively interact with people like themselves.” The panel also proposed legislation that would require every Maryland law-enforcement agency to adopt a program that includes people with disabilities as trainers.

Ethan’s mother Patti Saylor has continued to be an advocate for all people with intellectual and developmental disabilities. She has been recognized by both national Down syndrome groups for her efforts and in April of 2014 she testified at a hearing on law enforcement responses to disabled Americans before the Senate Judiciary Subcommittee on the Constitution, Civil Rights and Human Rights.

A civil suit was filed by the family in October of 2013, and a year later, U.S. District Court Judge William M. Nickerson decided that the case can go forward. The Frederick News Post reported: The court said the facts in the Saylors’ complaint may support a finding of a constitutional violation for excessive use of force.  …“Were it not for the intervention of the deputies, there is no reason to believe he would not have remained sitting quietly in his seat,” Nickerson wrote. “Mr. Saylor died as a direct result of the course of events set into motion by the deputies.”

A documentary film “Ethan’s Law” is being created by director Edward Rhodes to tell the story.

11 thoughts on “A Brief Summary of the Story”