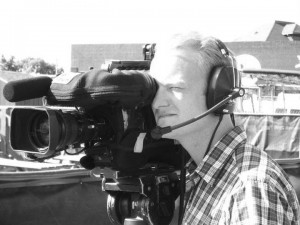 Our Saturday blogs this month will be devoted to documentary film about Ethan Saylor  – Ethan’s Law.

For today we literally went to the source and asked the director Edward Rhodes a few questions.

Q:   What have you learned during 3 years of filming?

A:    Over the last three years I’ve learned a variety of things, whether related to the film and the disability community or personal, these lessons almost always inspired a change. I will say I feel lucky to watch history unfold and meet someone as inspiring as Patti. She’s taught me about the strength and conviction it takes not just to look beyond tragedy but to look beyond yourself. Honestly the whole project was one learning experience after the next. Since this was my first feature documentary, I had to pretty much figure it out as I went along. The most surprising lesson has been realizing how people on the same side of the fence can still be on different ends of the spectrum.

Q:   What have been some of your favorite moments while making the film?

A:   There have been plenty of serendipitous moments in the past three years. I’ve felt many times I’m at the right place at the right time with the way this project has come together, which gave me the confidence that I was doing something meaningful. My favorite moments have to be a tie between finishing a good interview with someone that inspires progress with the film or hanging out at the NDSC conferences.

Q:  What do you hope to accomplish with the film?

A:  Originally my goal was to make this film a educational/promotional piece hoping that it could help influence the Ethan’s Law Legislation, but Patti moved quick and beat me to the punch. I’ve been able to document the passing of Ethan’s Law and (in my opinion) capture a happy ending to this chapter of the story. I want the film to be used in the best way possible to help lobby for federal legislation. The more people familiar with Ethan and Patti’s stories the more support we can build in congress. I don’t see this as a partisan issue, but in order for things to improve people have to have hope and be aware of the possibilities. This film is more about an example of how to create positive change than a story of tragedy.

Stay tuned for more exciting news about the film in the coming weeks!