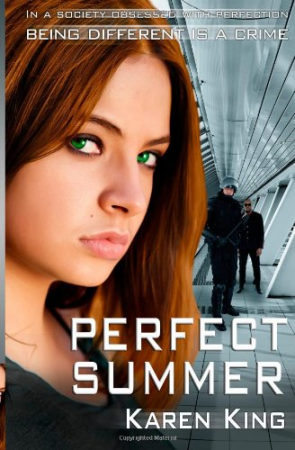 Set in the future in a society obsessed with perfection, 15 year old Morgan can’t help being a bit envious of her best friend, Summer. Summer is beautiful, rich and seems to have an effortlessly perfect life. Whereas Morgan isn’t so rich, or beautiful and her younger brother Josh has Down’s syndrome, which according to the government, and society in general, is a crime. Then Josh is kidnapped and the authorities aren’t inter-ested, so Morgan and Summer decide to investigate. They, along with another teenager Jamie whose sister, Holly, has also been kidnapped, uncover a sinister plot involving the kidnapping of disabled children and find themselves in terrible danger. Can they find Josh and Holly before itâ€™s too late?