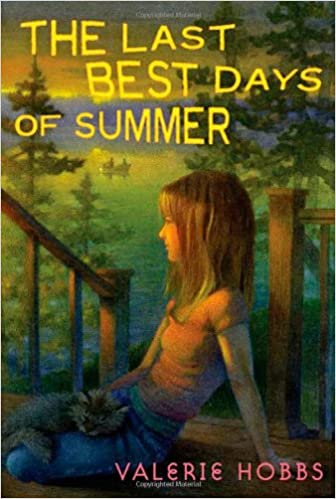 The Last Best Days of Summer

Grade 5 -8 This thoughtful coming-of-age novel tells the story of Lucy and her summer before entering junior high. As a self-described wimp, she is highly influenced by her friend Megan, and the two have spent the summer obsessing over ways to ensure their popularity in seventh grade. One tip is to stay away from dummies, aimed toward Eddie, a boy with Down syndrome whom Lucy has been playing with as a summer job. When Lucy goes to spend the final days of vacation with her grandmother, a potter, and Eddie shows up two days later, she experiences subtle lessons that make her realize that there is more to life than what others think of you. Memorable aspects of the book are Lucy’s honest voice and the natural dialogue between characters. Lucy’s insecurities and inability to stand up for what she knows is right, particularly when it comes to Eddie, make her a compelling character. Hobbs has achieved a perfect balance; she is on the verge of being a teenager, but also wants to cling to the simplicity of childhood. This is most evident in her relationship with her grandmother, who is suffering from Alzheimer’s.

In this simple, yet sophisticated story, most of the conflicts are resolved rather quickly, if not a bit too neatly. However, the results of these conflicts are more important and resonate throughout the story. There is also a satisfying open-endedness that leaves readers with a sense of hope, despite the knowledge that challenges still exist. Kerry Roeder, The Brearley School, New York City