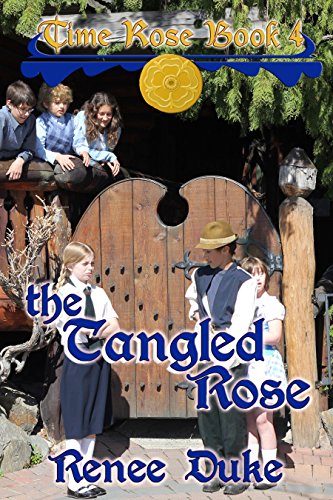 On Paige, Dane, and Jack’s fourth time trip, the medallion connects them with children living in Pre-WW II Germany. One, Hani, has Down Syndrome. Another, Nicko, is a gypsy. The Time Rose Travellers know the Nazi regime will soon begin persecuting such ‘undesirables’, but keeping Hani and Nicko from becoming victims isn’t going to be easy. Plagued by enemies from their own time, and not even sure who they’re supposed to be helping, they’re meeting with resistance from Nicko, and open hostility from Hani’s sister Marta, an ardent member of the Hitler Youth.