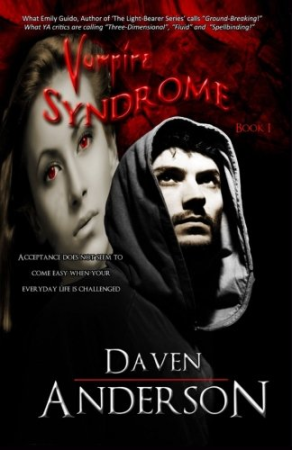 Can Special Oympics champion Jack Wendell survive, now that he’s been turned into a vampire? All Jack wants is to be accepted as a valued member of the vampire community. But he can’t do this when Chief Venator (vampire law enforcer) Damien Tepesh has ordered Jack to be killed. Fortunately, Jack wins the respect of a powerful ally. Lilith Morrigan, President of the Vampires, hides Jack from the ruthless Venators and gives him a chance to prove his worth. But she cannot stop her husband Damien from targeting Jack. Damien summons Romania’s Chief Venator Zetania Vinescu to Colorado to help him hunt Jack. Lilith over-rides her husband and orders Zetania to protect Jack from the Venators. As Damien and Lilith battle over control of Jack, a new threat emerges. A space-alien Pure vampire has come to Colorado, specifically to kidnap Jack. Even if Damien and Lilith settle their differences, can they keep Jack safe from the Pures?

Jack Wendell has led a rough life after being born with Down’s Syndrome. However with the help of Coach Ron and his wife Diane, he has become a star athlete competing in the Special Olympics. Unfortunately for Jack, all of this is about to change when he gets bitten by a rabid vampire one afternoon. As he searches for fellow vampires to help teach him about being a vampire, he learns that not all vampires are friendly. In fact, Jack learns that many vampires feel that he needs to be put down due to his previous diagnosis. Enter Lilith Morrigan, the President of all the human vampires, who tries to hide Jack and protect him. Enter her husband, Damien Tepesh, Chief Venator and the man that is hunting Jack. Will Jack ever be safe, or is he just a pawn in the battle for power? – Goodreads

This book was very intriguing and displayed a unique take on the world of vampires. Anderson shows readers the inside world of a person with Down’s Syndrome through his main character, Jack. Whether Jack is a human or a vampire, he still is treated to injustice and discrimination, because he looks and thinks differently. Readers will smile at Jack’s optimism and love the stream of consciousness writing that takes them inside of his thoughts and feelings. The mystery behind who is Jack’s ally and who is the enemy makes for ultimate chess match and will keep readers guessing with each new chapter. The build-up to all of the main action is drawn out and a little long, but once the action starts it is explosive until the cliff-hanger ending. A few curse words and one awkwardly thrown-in sex scene require this book to be read by mature audiences. Readers will be antsy as they wait to find out what happens next with Jack, Lilith and Damien. – Goodreads