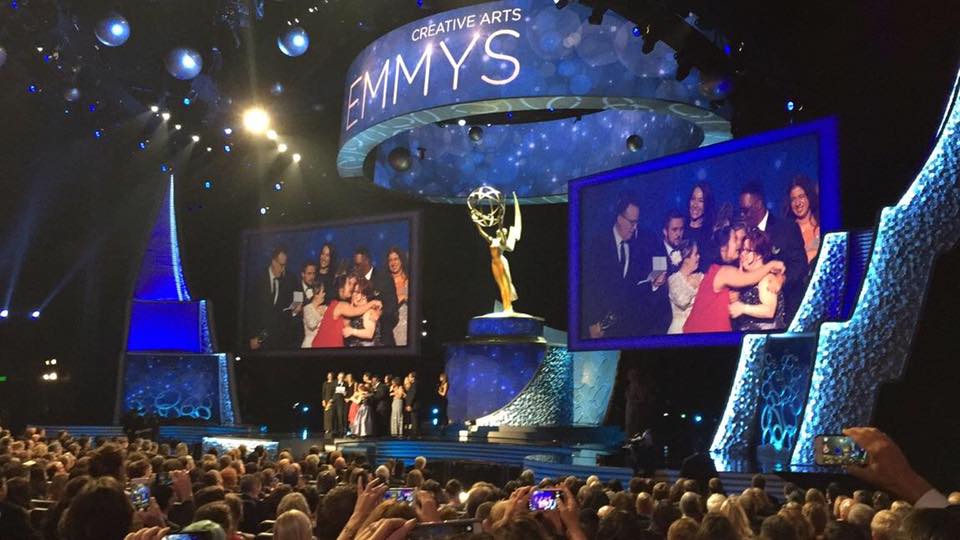 This week has been a very big one for fans of Born This Way on A&E.  The show continues to break new ground and prove that Hollywood just might learn a thing or two from people with disabilities – and their families.

Many people have tried to bring attention to the fact that Hollywood often lacks diversity. This year’s Oscar nominations prompted the hashtag #OscarsSoWhite in response to the all white nominations in the top categories. Unfortunately, people with disabilities don’t usually even make it into conversations about Hollywood’s lack of diversity according to a recent article in Variety.

The article highlights findings of an in-depth study funded by the Ruderman Foundation that looked into Disability in Television.

When we look at the success of Born This Way in this context, it really is amazing!

When the people at Easter Seals asked the show’s creator, Jonathan Murry, what surprised him about the series he admitted that he hadn’t planned on the families playing as much of a role in the show.

“When we first interviewed the cast, most still lived at home – not all were fully independent. We soon realized that their families would be a big part of the show, and that was a surprise. When someone in a family has a disability, everyone seems to rally.  These families are made up of people you want to know and watch. There is an abundance of love – and everyone contributes – it’s a two-way street.”

The interviewer asked Murry to elaborate on this point.

“You touched on the parent angle. Can you talk about that more? The interdependency as cast members take steps to be more independent.”

Murry’s response is one from outside “the club” – as Rachel’s parents (and I) refer to the understanding that comes with having an adult child with Down syndrome, but it shows a great deal of insight.

“The cast members are older this season … they are continuing to come into their own, and yet that can be challenging.  Special accommodations are needed, and you’ll see the parents on the show trying to strike the right balance between giving their kids the support they need and letting them go. Our goal is to help the audience look at each individual, and to show each parent helping them be the best they can be.”

I’ve seen critics on social media bemoan the amount of airtime that the parents receive on the show. While I can understand the desire to see more of the “original cast” I believe that, as Murry has come to understand, the parents and extended family are crucial members of the story for multiple reasons.

The main reason viewers need to see and hear from the parents is that they each represent different perspectives in parenting, culture, and lifestyle. While seven families can never incorporate every nuance of our diverse culture, they do hit some of the major ones. Other parents watching the show, new or seasoned, (as one of my dear friends recently referred to those of us with adult children) benefit as much as the young adults with Down syndrome from seeing and relating to other parents. Parents of younger children see that there are wonderful moments full of hope and happiness in store for them. Parents of adults can witness how other parents go about problem solving as issues appear in their families.

And let’s face it – what scares future parents about having a child with Down syndrome? When someone receives a prenatal diagnosis the first thing they think about is what will the child’s life be like. Yes. But the next thought is what will MY life be like.

While young people with Ds have not had the opportunity to see people like them on television, neither have parents of those children. This show does both and it is to Murry’s credit that he see’s the benefit of doing so.

Congratulations to the cast, families, crew, & production staff of @AETV's #BornThisWay #EmmysArts Click To Tweet
##BornThisWay#Born this Way on A&E