Hello, My Name is Ken – A to Z Blogging Challenge 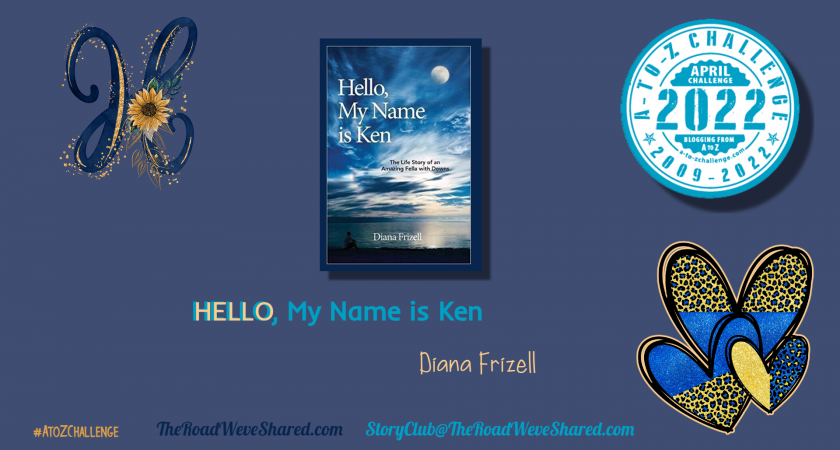 Hello, My Name is Ken – A to Z Blogging Challenge

A recent article in the Washington Post detailed the current battle around the new Alzheimer’s drug, Aduhelm. The question is whether people with Down syndrome should be given access to a drug with questionable research behind it. The article highlighted the link between Ds and Alzheimer’s:

“About 6 million people in the United States have Alzheimer’s, a number projected to double by 2040. Age is the biggest risk: 11 percent of people 65 and older have the disease, with most at least 75. The average age of diagnosis is 80, with patients often living several more years.

Hello, My Name is Ken tells the story of one of Alzheimer’s victims from the perspective of his brother:

“A life lived, a journey taken, an ending no one could believe.

Ken had Down Syndrome, and as he aged he developed Alzheimer’s. He was only 48. The genetics that caused his Downs also predisposed him to this disease. He lived a life full of love, compassion, accomplishments, challenges and victories. Like most people with Downs, he brought more love into this world than many of us will ever achieve. Within the pages of this book are some of the wonderful stories of his life. Each one a glimpse into who he was, each one ending with how Alzheimer’s took that away.

So many people who met Ken after Alzheimer’s had taken hold, assumed he must have been like that his whole life. For me this was a heartbreaking eye-opener, prompting me to tell the world just how amazing my big brother was. It also became clear that there were gaps between what Ken needed for care, and what was available. My hope is that his story will inspire the changes we need in our healthcare systems and other organizations to provide the level of care, empathy, love and understanding required for those aging with Down Syndrome. People with Downs are valuable members of our society who contribute in incredible ways. Not all will develop Alzheimer’s, but Down Syndrome adults with Alzheimer’s will become more common as they too are living longer. We need to understand what that looks like and how to help them. All proceeds from this book go to a foundation created for this cause.”

I’m sure this description on Amazon will strike a cord with many in our community.

or on paperback and hardback

Be sure to check out the other titles featured here this month for the A to Z Blogging Challenge and view the whole collection here:   Adult Fiction and Memoir on StoryClub  and children’s books and YA here on The Road.
#Alzheimer's disease