Down syndrome in the media Ds Road Show 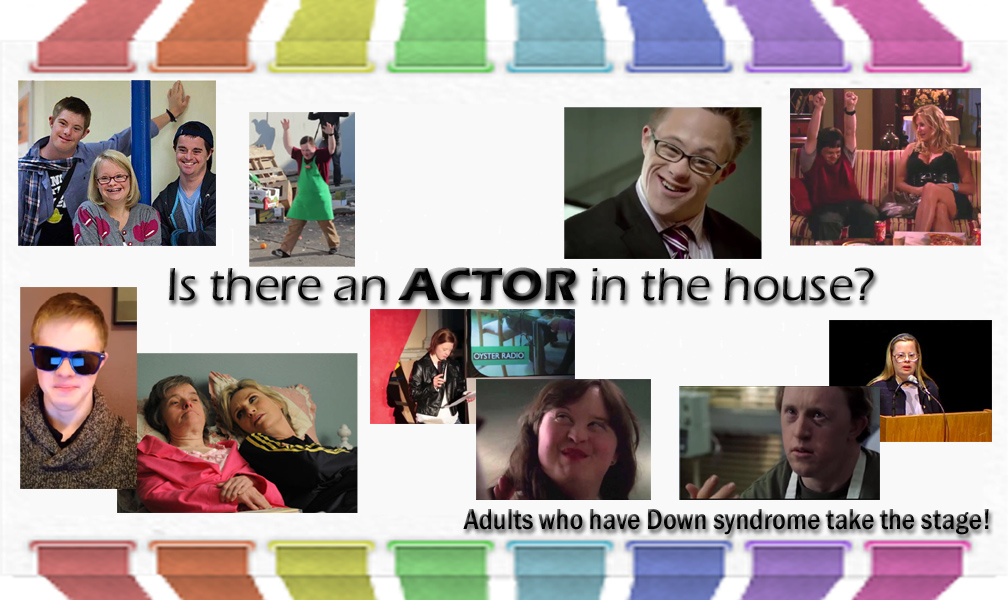 One of the ways society is finding out more about Down syndrome is through television and film. While healthy debates within our community critique the message of stories and methods used to tell it, we can all agree that the performances are priceless! We’ll be exploring how the arts allow adults with Down syndrome express their creativity and raise awareness as we prepare for the Ds Road Show in October!

Nothing Sheltered About It

The recent release of “Where Hope Grows” has sparked a discussion in certain spaces regarding what constitutes a positive representation of Down syndrome. The theory behind critical media studies uses a disability lens to measure the messages, imaging, and feelings evoked from a piece. There are bound to be ways to improve any message, but ultimately art is an expression of the artist. How it is interpreted is based on lots of different things, including the current social climate. Art is also a reflection of the beliefs and norms of the time.The amazing work David DeSanctis did in Where Hope Grows should be appreciated. If nothing else, it’s a great job if you can get it!
The reference to acting as work reminds me of listening to another of the Down syndrome community’s top actors – the first to be seen and appreciated by a large, diverse audience – Chris Burke. I’ve heard him speak on several occasions and he was always adamant about how grateful he was to be a working actor.Everyone knows Chris for Life Goes On, I’m sure there are many fans who still call him Corky, but did you know he also made a guest appearance on E.R. ?

Some of the story lines that include actors with Ds are to be expected. Glee has used two actresses to expose some of the everyday discrimination that goes on in our schools, and how those situations might be addressed. My favorite segment appeared in season one, when Robin Trocki was playing Coach Sue Sylvester’s sister, Jean. [Episode 17, Bad Reputation]

Jean: Remember what we used to do Sue? Whenever I got sad we helped at the animal shelter to give back.Sue: Because there’s always someone who’s got it worse than you do. 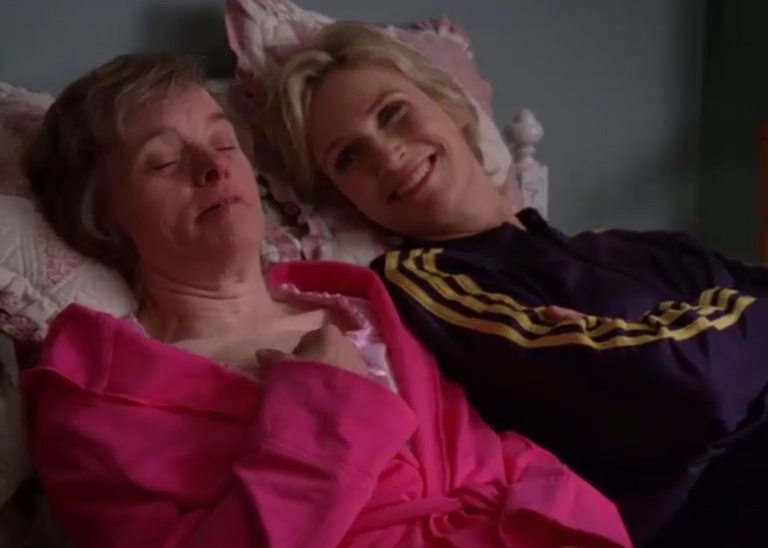 After Sue resolves her dilemma she returns to her sister:Sue: After all these years, how is it that you still know so much more about everything than I do?Jean: I’m the smart one!Unfortunately, it’s been reported that Robin was written out of the show because of advanced Alzheimer’s disease after appearing in only four episodes.

In this short clip from her Ted talk, [Escape from labels. Be free, be different: Sarah Gordy at TEDxYouth@Hackney] Sarah Gordy talks about the stereotypical “girl with an over protective mother” roles.
Yes, Sarah, there are other stories out there!
One of my all time favorite stories is this one starring Luke Zimmerman – Tom Bowman on ABC Family’s The Secret Life of the American Teenager. He had a frequently recurring part, appearing in 90 episodes over 5 seasons. In this series of clips from Season 1, Episode 9 “Slice of Life” [Aug 26, 2008] Tom cooks up a little mischief.

The Show Goes On

Lauren Potter is best known for her portrayal of Becky Jackson on Glee. Did you know that she, along with Luke Spinelli and Jared Kozak, worked on a three-part web series called Leader of the Pack ?
The new format may be just what the doctor ordered for awareness and creativity. Short films are another promising venue for actors with disabilities. Festivals, like Sprout are becoming more popular. One short film that tackles pre-concieved notions is The Interviewer staring Gerard Odwyer.
[You can watch the whole 12 min film by Bus Stop Films here.]
The Interviewer challenges assumptions, even those sometimes made by parents of people with Down syndrome.
A rising star that we’re keeping a close eye on is our friend Connor R, Long. His portrayal of Radek in the 1945 period piece Menschen (2013) is amazing. Watch him here in a promotion piece for his latest project, Learning to Drive.
You’re already a famous super star in our eyes Connor! Keep up the great work!

These ten scenes help us get a better sense of what’s out there so far. It’s taken a long time to get here and we’ve only just begun. Getting accurate and equal representation in the media is never easy for any minority group. The actors, creators, and everyone involved in these projects are to be commended for taking a step.I’ll leave you with two final thoughts:Did anyone notice the lack of diversity in the actors who are getting recognized?While these artists are considered professionals, at the top of the Ds celebrity chain, those of us at The Road believe they represent the tip of the iceberg when it comes to talent in our community.If your loved one has caught the acting bug, please consider joining us for the Ds Road Show. The whole purpose of this three day virtual event is to showcase talent and celebrate creativity. You never know when the next star might be discovered! We’re also looking for volunteers and sponsors to help us create a spectacular event to kick of National Down Syndrome Month in October. Email us to help support The Show.