By Stephanie
Tweet
It’s a tiny state really, the smallest there is (area-wise).  Slightly over a million people live there.  A recent story in the Brown Political Review adds some detail to the story that has captured the attention of parents of adults with developmental and intellectual disabilities across the country. 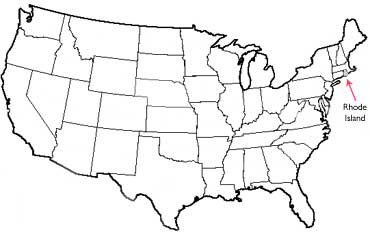 They were recently involved in a DOJ investigation:

A year after the beginning of the judicial investigation, the Justice Department reported that Rhode Island had failed “to comply with the ADA and the minimum steps that [the state] must take to meet its civil rights obligations under the law.” The report found that, despite Rhode Island’s leading role over the last two decades in closing segregated state institutions for DD individuals, the state has violated the rights of these individuals to live meaningful lives and be integrated into their communities.

And now, they’re setting precedent for the whole country.   The question that remains is what happens when the workshops are closed?  How many of the workers will actually find jobs in the community?  How many will languish at home without “meaningful employment?”

…despite the judicial review, “Without a major social change, many of those individuals who are not going to be in the workshops are going to need to be doing something else.” Finding employment won’t be easy: Rhode Island has the highest unemployment rate in the country, which poses a significant obstacle, especially when combined with already entrenched structural disadvantages for the developmentally disabled. But the problem doesn’t fundamentally lie in unemployment rates. Rather, it is in the culture and stigmas surrounding disabled individuals on the national stage. While segregated workshops are in decline, the misconceptions surrounding disabled individuals must also be dispelled.

(emphasis mine)
Will a “landmark decision” create the social change that is needed to have everyone be welcomed into the community?  I think history has given us our answer several times already.
The issue of exploitation is real and needs to be addressed.  The full article has an interactive US Map that shows how many certificates have been awarded in each state to pay people with disabilities less than minimum wage.  There are arguments being made on both sides of this issue as well, but like anything else, it boils down to human beings interpreting what is legal and what is moral. 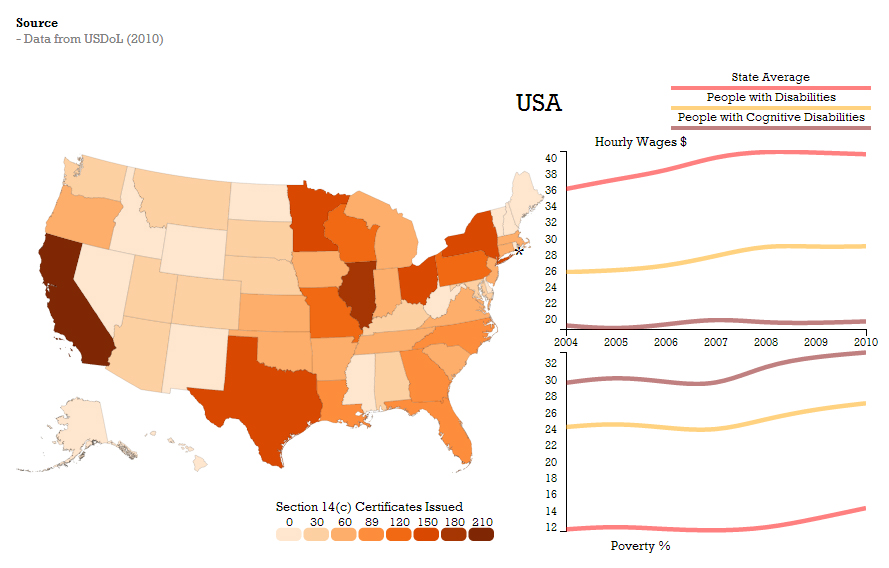 To most, this map represents the disparity in pay between “average” workers, those with disabilities, and those with cognitive disabilities.  To this mom, it also represents the number of people who will need to find a new road.  This road will be different from the one they have been on and spent years learning to navigate.  Some will find this detour challenging at first, but they’ll adjust.  They’ll be able to change gears and keep rolling because they have the resources necessary to handle the rough roads.  What worries me is the number of travelers who won’t be so lucky.  Some of them will be left standing by the side of the road wondering what happened.

The government, courts, and “powers that be” are in react mode.  They’re looking for immediate solutions to problems that have existed for quite some time.  Many people have been working pro-actively to try to find solutions for years.   Some times we need a jolt in order to change course.  An unexpected storm can send us in a different direction so that we end up where we’re supposed to be.   I’d like to think that all of the travelers will find their way and be better for it.  Unfortunately, those who already exist on the margins, those on the shoulder of The Road, are more likely to be passed by in the name of good intentions.  We all know who those unlucky pedestrians will be: the poor, those whose cultural differences make it difficult to navigate “the system,” and the lonely.  Those without a voice to shout out and say “Wait!”  “Slow down!”  “Give me a chance to catch up and come along!”  Maybe even, “No thanks, I like this road and want to stay here.”

As the changes come we here on The Road We’ve Shared are asking the questions: What do you think?  What has your experience been like?  What opinions have you formed and why?  We aim to give everyone who wants to be heard a place to speak up and share their story.  If you have one you’d like to share, please take a few minutes and fill our our online survey about jobs and sheltered workshops.

In the meantime, we’ll be discussing the implications of this court decision, the current status quo, and creative employment solutions all month here on The Road, and our Facebook page.  We hope you’ll join us.