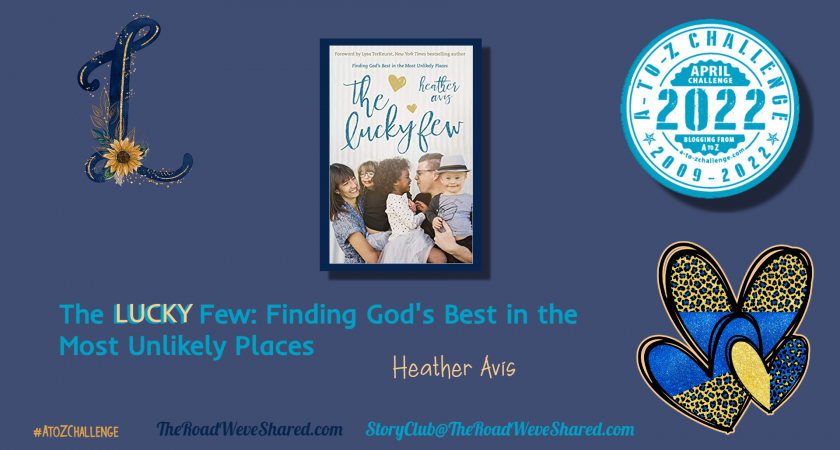 Every now and then a book strikes an obvious chord with the community.  The Lucky Few is one of those.  Just search for the hashtag #theluckyfew and you’ll see what I mean.

And if you see some version of this set of three arrowheads – usually as a tattoo but also seen on everything from stickers to t-shirts, it probably means that the person displaying the sign is part of our tribe.

“When life looks radically different than the plan we have for ourselves, it’s the lucky few that recognize God’s plan is best. That’s what adoptive mom Heather Avis learned, and that’s the invitation of this book.

As the mother of three adopted children – two with Down syndrome – Heather Avis has learned that it’s truly the lucky few who get to live a life like hers, who actually recognize that God’s plans are best, even when they seem so radically different from the plans we have for ourselves.

When Heather started her journey into parenthood she never thought it would look like this, never planned to have three adopted children, and certainly never imagined that two of them would have Down syndrome. But like most things God does, once she stepped into the craziness and confusion that comes with the unknown and the unplanned, she realized that they were indeed among the lucky few.

Discover in this book what 70,000+ followers of Heather’s hit Instagram account @macymakesmyday already know: the power of faith and family can help us stay strong in the toughest times. This book will also be especially touching to those with adopted family members or children with Down syndrome in their lives.”

You can find this one pretty much everywhere including:

1 thought on “The Lucky Few: Finding God’s Best in the Most Unlikely Places – A to Z Blogging Challenge”