The other side of awareness

In preparation for all of the “awareness” discussions that would be happening this week, I asked for stories that flip our usual assumptions:

Awareness is about helping people who aren’t exposed to Ds gain a better understanding.

I was looking for stories about our adult children and when they expressed an “awareness” of their diagnosis.   Thanks so much to Susan for sharing Rion’s story with us!

When Rion Told Me He Had Down syndrome

For three years, we hosted a “tweens” bible study group in our home every other Friday.  My daughter was in middle school and Rion was 15 at the time.  The group of kids that convened at our home included my daughter’s friend, Josh, who has a form of dwarfism that has resulted in him being only 25 inches tall.  At school Josh would use a wheelchair to get around, but in our home he would either be carried by his younger sister or he would scoot and roll.  Walking was too painful for him.  Because of his size, my son Rion, assumed he was a toddler. 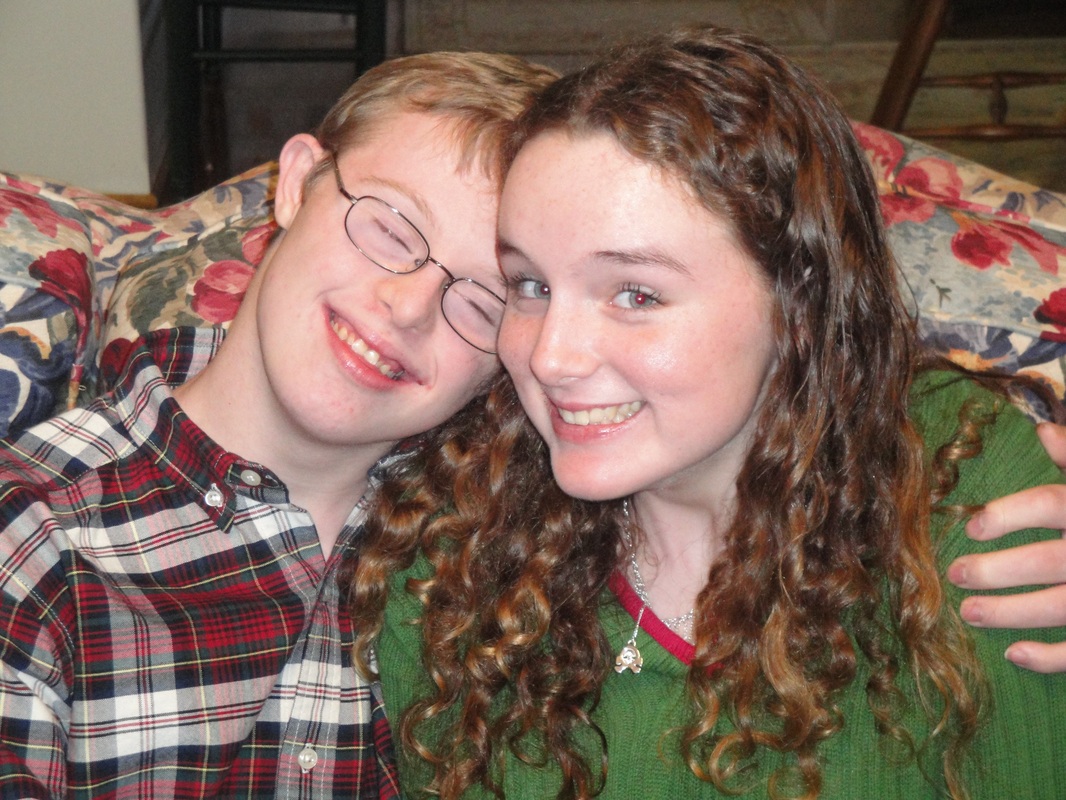 The first few times Josh visited our home, Rion would want to hug him and talk to him in that sweet voice you use to speak to a baby.  This annoyed Josh to no end, I am sure.  He was a typical 14 year-old boy that did not want to be hugged by another boy or praised as if he was a small child.  At one point, when Josh wanted to climb into a kitchen chair, Rion kept asking if he could help him.  He really didn’t want help, adamant that he could manage.  I remember Rion watching him climb up and, clapping, he said, “Good boy!  Good job!  You are such a BIG boy!   I’m so proud of you!”  After they had eaten and dispersed, Rion remained in the room with me.  I sat down and explained to Rion that Josh wasn’t a baby.  He was a regular 14 year-old boy;  he was just smaller than others.  I explained how, like other 14 year-old boys, he didn’t want to be cuddled by another boy his age……..maybe a GIRL his age though!  I said, “He is just like all of the other boys in the group, thinks like them, likes the same things, has the same interests, he is just small in size.” 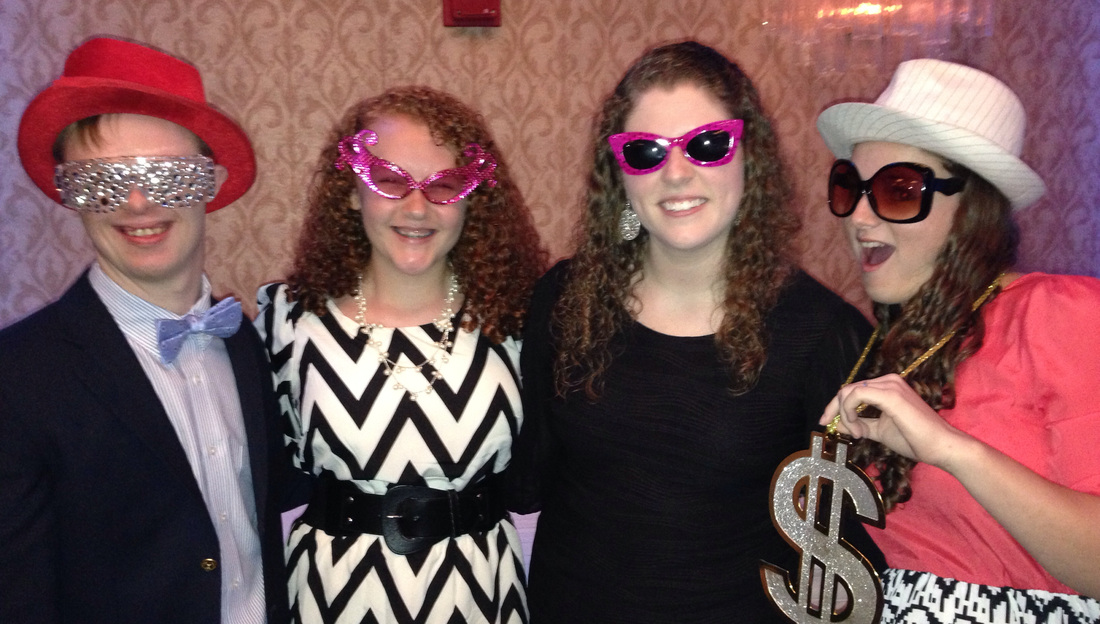 I wasn’t sure how much of this Rion understood until he smiled at me and said, “Oh, like I have Down Syndrome!”  I was stunned, and filled with this warm fuzziness that made me feel suddenly light as a feather.  I had never told Rion he has Down’s syndrome.  It wasn’t that I was hiding the fact, I just didn’t think it mattered.  I am very open with my children about everything, and if he ever had a question I would answer it.  I felt there was no reason to tell him he is different if he didn’t think he was different.  After all, having Down syndrome isn’t his defining characteristic. 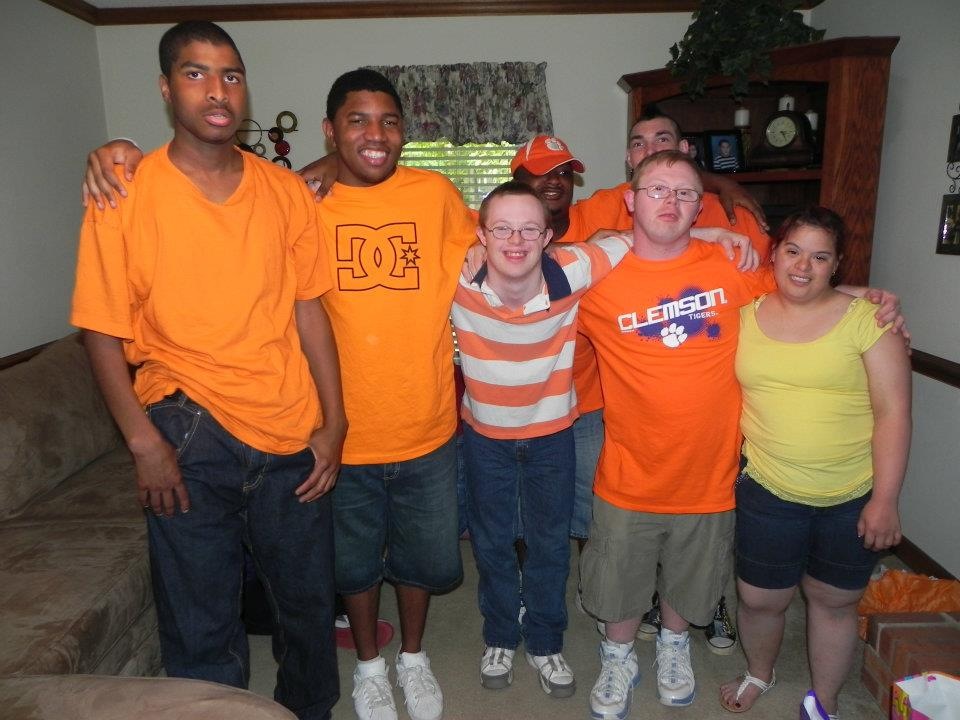 To Rion, having Down’s syndrome is equal to having blonde hair, blue eyes, glasses, etc……but he is so many more things than a person with DS.  He is a remarkable athlete, a busboy at a local diner, a fundraiser, a friend to many, a loving grandson, the family comedian, a baseball player, a basketball player, an accomplished competitive swimmer, a loyal big brother, and a future college student, a Clemson Tiger no less! 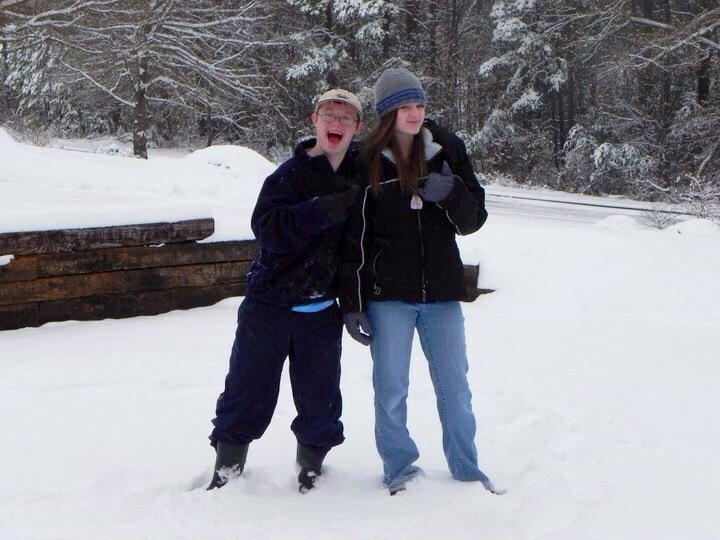 Since that day, every time he sees someone with DS, he recognizes them right away.  He says, “Hey Mom, he looks like me!  He has Down’s syndrome too.”  Then he introduces himself.  And if you have never seen two people with Down’s syndrome meet, they instantly hug as if they have known one another forever.