One of my roles here on The Road is to scour the news for stories that are relevant to our community.  I usually share them via “ScoopIt” and post them to our RebelMouse site.  Once in a while I’ll be particularly interested in a story and elaborate on it either on FaceBook or here, on my blog page.

Two recent articles about lawsuits that have been filed on behalf of people with developmental disabilities caught my attention.

The first comes from the Boise Weekly.  It talks about a group of patients and families represented by the ACLU who filed a class action lawsuit against the state of Idaho.  Cuts to the Medicaid budget in 2011 meant significant reduction in services to adults with developmental disabilities.  Detailed accounts were given by different patients about what they lost and how it affected them.  A judge decided to issue an injunction against the $16 million in cuts and restore the funding until further hearings could be held.   The suit is expected to continue and others are likely to be filed.

The second story was posted in the Autism Daily Newscast on April 5th.  It talks about a lawsuit filed by sixteen families against Walt Disney theme parks.  In the suit, the parents alleged that recent changes to the disability accommodation policy at the parks violate the ADA.
Two things come to mind when looking at the stories together.

1) How sad it is that in order to address issues of discrimination we have to resort to law suits.   –

The stress and costs involved are huge. Most people can’t afford either in order to get the relief they need but in some cases it’s become the only way to get someone to listen.  If the only way real change can occur is through law suits, then I’m afraid the majority of our society is left out – on the fringe – afraid or unable to have a voice in the fight.  Then there’s the issue of resources.  Is it really cost effective to take every complaint to court?  Isn’t there a better way?  Maybe I’m naïve, but I would think that some kind of mediation without the lawyers and court fees could work…  silly me.

The other is more of a personal thing – a matter of opinion that I haven’t even fully flushed out for myself yet.  The fact that I found these two stories in succession makes me compare and contrast the two suits.  Obviously, the first one involves health and basic services.  It also affects Medicaid recipients who are typically low-income families.  The second comes from families who feel their children are missing out on equal opportunities for recreation.
I do not doubt the importance of this in general.  What I do question is whether cases like this undermine the efforts of cases like the Medicaid situation in Idaho.  Does the general public look at a case involving “high-end” vacations as frivolous?  Do they see this and think parents of children with disabilities want too much?

Another article posted on a blog called “Theme Park Insider” talks about the difference between access and preferred treatment.

Neither Disney nor any other theme park company can sustain a system that gives all of these people front-of-the-line access. But, fortunately for Disney (though not for the families affected by this change), the law doesn’t require that Disney does that. The Americans with Disabilities Act simply requires that institutions create facilities and procedures accessible to persons with disabilities. It does not provide for nor demand preferred access.

So what are we to do? 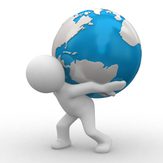 Does the need for cases like these leave the advocacy to the few who are willing and able to take them on?

I don’t know the answers.  I’m just putting the questions out there for discussion.  I’d love to hear your thoughts.
#discrimination#law suits