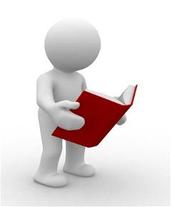 About a week ago I wrote about how I’ve recently read things that made me question myself as a parent and advocate for my son.  The first applied to my writing / blogging about him and the second is about inclusion.

How much is “enough.”
Do I do everything I can?
Should I be doing more?
Is the fact that he’s happy good enough?

According to this article, the answer would be a big NO – I don’t do enough.  No, the fact that he’s happy is no reason not to try harder.
The article seems to be written with an intended audience of service workers, but the theories involved would apply to parents/caregivers as well.

The section on “positive psychology” talks about how, in recent years at least, many if not most people who have developmental disabilities have a “pleasant life.”

But, according to this author, we can become complacent with the way things are, and not press for the “most integrated” life possible.  If we subscribe to this theory, we should be striving for the other two paths to happiness: maximizing “signature strengths” and  having an “engaged life.”

Positive psychology is just one of the five different lenses this article uses to define “most integrated.”  It’s a really interesting read – and has certainly caused me to think.

Is he the “most integrated” he can be?

After reading this I’d have to say, probably not.  Yeah, he’s 27 and still lives at home.  Honestly, I can’t imagine him not living with me.  We did try having separate apartments in the same house for a while.  He was excited at first, but the thrill eventually wore off.  When financial concerns forced me to ask him if he wanted to move back in with me – he jumped at the chance. “Like old times?” he asked excitedly.   At some point we may revisit the idea, or try to find him an appropriate roommate, but for now, we take care of each other.

Sometimes I feel like we live in a fishbowl

Are we obligated to think in terms of “the greater good” when it comes to our kids?  One of the reasons this article gives for pushing for the highest levels of integration is the positive effect inclusion has on the general population.   I read it as saying – regardless of the fact that we’re happy, we’re not doing enough to promote inclusion and fight the negative stereotypes / negative image of Down syndrome.

I don’t know the answers to any of it right now.  I guess I’m writing this just to say – I don’t know.  We’re all learning and growing with our kids, no matter how old we are.   I’d love to hear any comments / suggestions about how other families balance their own lives with the “duty to represent.”