There is no shortage of opportunities for us to help create change in our world today.  We all have our reasons for why we choose to support (or not) a particular issue. When it comes to advocacy, we are usually motivated by causes we identify with.  If we can picture ourselves or our loved ones being affected by a certain problem, we’re more likely to invest our own time and energy to fix it. What about the issues that we don’t allow ourselves to connect with? Who fights to fix the problems most of us just don’t want to acknowledge?

Our community is quick to support happy. We share cute pictures and articles that tout the accomplishments of someone who has Down syndrome. While there’s a benefit to this – raising awareness of the possibilities – it can’t stop there. We’ll work tirelessly to advocate for inclusion in schools and legislation that allows those who can afford it to have savings accounts because those issues represent hope for a brighter future. Issues that we’d rather not think about (racial health disparities, the effects of Alzheimer’s disease on patients and caregivers, or the unequal treatment of people with intellectual disabilities in the criminal justice system) receive less support. We don’t want to read about them let alone spend our time dwelling on these issues because we don’t want to admit that it could happen to us.

It helps when we have a concrete example of injustice that we can focus on. For instance, those of us with adult children who have Down syndrome, upon hearing the details of the Ethan Saylor case, could automatically picture something similar happening to our own son/daughter. It was that connection that lead us to action.  In this case, we had someone – law enforcement – to focus on.  Because of the widespread dedication to this cause, and the tireless efforts of the Saylor family, not to mention their willingness to relive the details of this tragedy over and over, progress is being made. Change is happening that will benefit all of us.

Unfortunately, it usually takes a tragedy to promote change.

I attended a webinar yesterday that was presented by The Arc’s National Center on Criminal Justice and Disability (NCCJD).  I became aware of this initiative while watching Patti Saylor give testimony in front of the Senate Subcommittee on the Constitution, Civil Rights and Human Rights.  Since then, I have called upon them several times to answer questions, locate resources, and help a family who was experiencing a crisis find the support they needed.  Two things strike me about my interactions with this group: 1) Program manager Leigh Ann Davis’ eagerness to help and 2) many parents wouldn’t want to admit that what the center is doing is even necessary.

The webinar I attended was about state initiatives to influence legislation. Two teams told their stories about tragedy and change. The first was a team from Colorado who found the need to change the laws regarding what evidence is allowed in criminal cases where people with intellectual and developmental disabilities (I/DD) are victims or witnesses. The case that spurred the change involved a young woman who has Down syndrome.

Ennio Daniel invited a 25-year-old woman with Down syndrome to lunch and a movie — purportedly with some of their colleagues at the retirement home where they worked.

Instead, he drove her to a friend’s house and raped her multiple times in the course of a day…

The woman told what happened to her in great detail during what is called a “forensic interview” shortly after the abuse. Unfortunately, this kind of evidence is called hearsay and not usually admissible in court.  The victim is required to relate the story in front of a jury and the accused in order to be cross-examined.

Imagine your loved one trying to re-tell a traumatic story like this in front of strangers in a high stress situation like from the witness stand, months after it occurred.

Four out of five developmentally disabled women will suffer some type of sexual abuse in their lifetime, according to statistics from the ARC of Aurora. For men, it’s nearly a third.

A coalition of concerned lawyers, disability advocates, and legislators created a bill that would allow a jury to view taped testimony given by a person with I/DD under certain circumstances (CRS §13-25-129).

For more specifics on the case, you can view the webinar once it’s loaded to the NCCJD archives.

The other team that spoke was Patti Saylor and Heather Sachs (NDSS).  They talked about how the Ethan Saylor Alliance for Self-Advocates as Educators came to be. 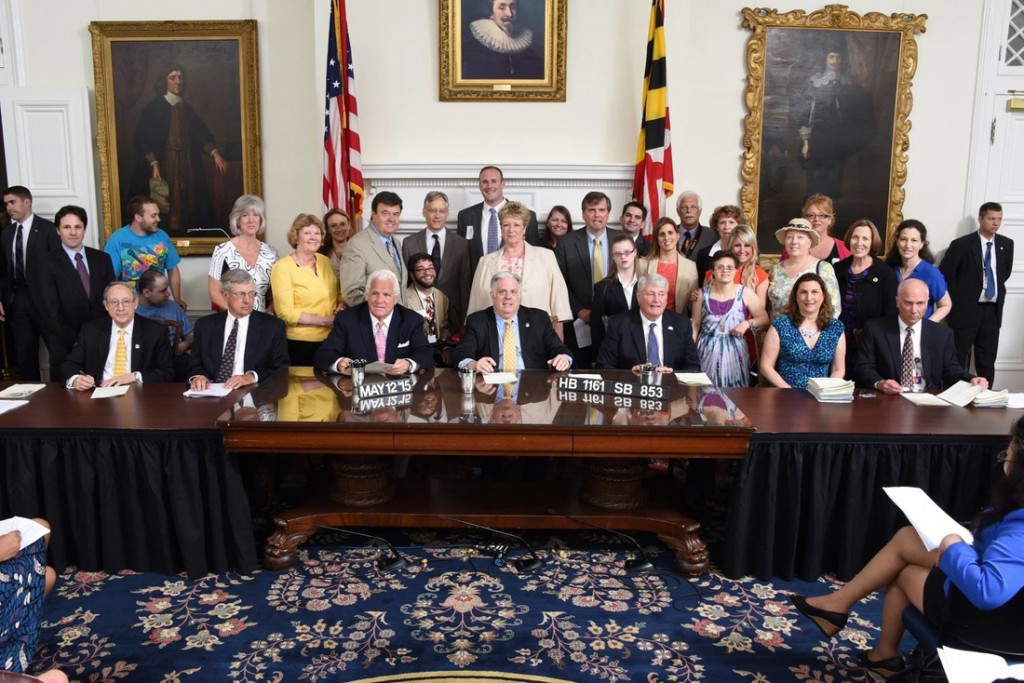 So much time, effort, and emotion goes in to getting something like this passed we have to be forever grateful to those who make it happen.

Which brings me back to my thought about why parents might not want to know about the NCCJD and what they do.  Who wants to think about their child/loved one becoming a victim of abuse? How many of us realize how prevalent it is for those with I/DD to give false confessions to crimes that they did not commit? ( Robert Perske (2008) False Confessions From 53 Persons With Intellectual Disabilities: The List Keeps Growing ) Can you predict what would happen if your loved one wandered from a supervised setting or was lured away by someone wanting to harm them?

It’s not an easy topic to consider, but it’s an important one.

I’d like to formally say THANK YOU to everyone involved at NCCJD! They are working to improve access to justice for all of us, even when we don’t know (or would rather not admit) that we need it.

If you’d like to participate in a live conversation with Leigh Ann Davis from NCCJD and/or Patti Saylor and Heather Sachs and find out how you can get involved with their efforts, or hear other ways to advocate for issues that are important to those of us in the I/DD community join us at the 321 eConference on March 21-23, 2016.