New (to me) Tool for keeping up to date!

I’ve started using a new internet tool called Scoop It!  It let’s you search for news based on keywords and post to a “topic board.”  We now have a board for “Adults who have Down syndrome.”   I post updates as I find them and you can access the board here.

I’ll also provide weekly summaries in case you want to catch up on the weekend.

Number of deaths double for people in state care – WBIR-TV

“Sometimes he ate too quickly. He had to be watched. They knew that,” he said.

So why, he asks, did his intellectually disabled brother choke to death while in the state’s care?

Stephanie Holland’s insight:
This is extremely distressing.   “”My error was believing people,” she said.”   – a mother who lost her child.   Horrible things revealed in a report on TN group homes….

BY ROSALIO AHUMADA   January 22, 2014
Attorneys on Wednesday unexpectedly agreed to a plea deal that will result in a 24-year prison sentence for a man, now 21, who in 2009 fired 10 shots into a minivan near Modesto. The gunfire killed a 16-year-old boy with Down syndrome.

Stephanie Holland’s insight:
Is this justice?   Did the fact that the victim had Down syndrome weigh into the court’s decision?

MCC to raise awareness for Down syndrome – Marshalltown Times Republican

January 23, 2014 By ANDREW POTTER – Staff Writer Times-Republican
As a parent of a child with Down syndrome, Roger Brown said there’s plenty he wants the public to know about the disability.

He’ll get his chance Saturday night as he is organizing a Down syndrome awareness event during the Marshalltown Community College men’s basketball game against Indian Hills. 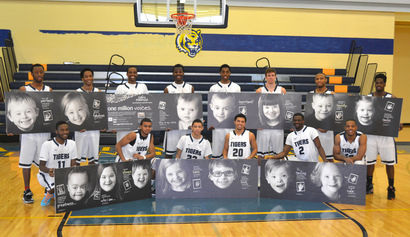 This transition is a result of Rosa’s Law, named after Rosa Marcellino, a Maryland girl with Down Syndrome who was 9 years-old when the law was put into place.

Stephanie Holland’s insight:
Great short read on why we use “individual with an intellectual disability” thanks to a child who has Down syndrome.

Stephanie Holland’s insight:
“Art enables us to find ourselves and lose ourselves at the same time”
-Thomas Merton.

From www.baltimoresun.com - January 23, 1:41 PM
The owner of exclusive Chicago restaurant Alinea recently sparked a national debate after he wondered on Twitter whether children might need to be banned from his dining room. The tweet came after a couple brought their infant to his establishment and the baby failed — for an extended period — to use an indoor voice.

“I could hear it crying in the kitchen,” chef/owner Grant Achatz, told “Good Morning America.” “We want people to come and enjoy an experience at Alinea for what it is. But we also have to be cognizant of the other 80 people that came in to experience Alinea that night.”

Stephanie Holland’s insight:
“If someone is obese or if they have an intellectual disability, [the staff is] not going to ask them to leave. You shouldn’t assume what their behavior would be like.”

Reactions to this story?   We’d love to hear your restaurant stories!

On Adopting a Kid With Down Syndrome – Huffington Post

Kari Wagner-Peck Blogger/Advocate/Activist  Posted: 01/21/2014
If you read the “about us” section of my blog, A Typical Son, you would know my husband and I adopted our son. There are a few posts on the blog about adopting, which is where I am cribbing some of this from. In general most people we meet do not know we adopted and I am just fine with that.

You want to know what people really think about kids with Down syndrome? Tell someone you’re thinking of getting one. No one said anything close to “Hey, awesome!” It was more like “Why do you want to do that to yourself?” or “That sounds hard” or “Don’t do that, please.”

By EILEEN BUCKLEY JANUARY 20, 2014
Organizations that serve those with developmental disabilities are urging Governor Andrew Cuomo not to make any funding cuts when he releases his budget proposal Tuesday. One of those service providers is People, Inc.

By Adam Clayton Columbia-Greene Media January 13, 2014
STUYVESANT — Stuyvesant resident Dawn Collins uses expressive art and music to engage adults with developmental or cognitive disabilities, and she does it out of Expressive Arts Studio, a studio she runs from her home.

Collins has lived in Columbia County since 1991 and has a Master’s Degree in expressive art therapy. She has been applying her skills to individuals with disabilities since 2006.

Stephanie Holland’s insight:
Where there’s a will…

‘Growing Up Down’s’: Tommy’s got talent 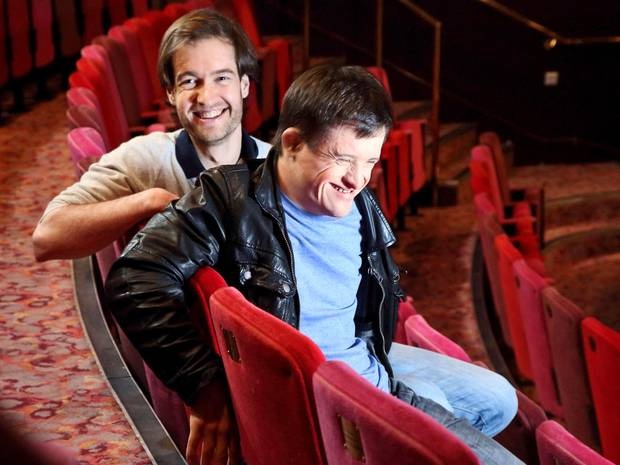 JEREMY WRIGHT  21 January 2014 http://www.independent.co.uk/
William Jessop’s film about a theatre company for people with learning difficulties is a project close to his heart: his brother, an actor who has Down’s, is one of its key players. They tell Jeremy Wright about family life in the limelight

Joe Duffy of Wethersfield had a fine career as a high school teacher, historian and writer. But as he begins his eighth decade, he has unfinished business. He has an adult daughter, Katie, with intellectual disabilities who lives with him and his wife. They don’t know what will happen to her when they are gone.

And so are hundreds of other aging parents of intellectually disabled adults. As their ability to care for their children wanes, they want them settled into appropriate living environments. But they say cuts in state funding have made this very difficult, until an emergency hits — such as the death of the last custodial parent.

Stephanie Holland’s insight:
This situation is not uncommon, and will only grow with the number of baby-boomers becoming senior citizens and the fact that our kids are (thankfully) living longer.  Alzheimer’s is also a factor for both parents and adults who have Down syndrome.  We need to find solutions!