Things That Make You Go Hmmmm…. 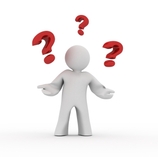 Sometimes research studies really make you wonder – “Who thinks up this stuff?”  Did we really need a rigorous analysis of soggy breakfast cereal?  Seriously, from my years as a waitress in a bar I could have told them that  People who think they are drunk also think they are attractive.  And who on earth really needed to know that nose picking is a common activity among adolescents?

It really makes you wonder.

Here’s another of those overpriced nuggets of knowledge that Disability Scoop thought was “scoop”:

“Parenting Style Has Big Impact On Kids With Disabilities.”

Are we supposed to believe that somewhere, someone thought that kids with disabilities are THAT different from other kids?  And just in case you’re curious, here’s a whole journal issue dedicated to finding out that “growing up in poverty influences education and employment outcomes for students with disabilities.”

Now, I understand that most research, though it may sound trivial to those of us outside of the loop, has a purpose.  The only way we learn new things is to look at what we know in different ways.  Sometimes, researchers discover something important, and it usually happens when they least expect it:  it wouldn’t be a breakthrough if they expected the outcome they got.  There’s also another reason for spending the time and money to do these kinds of studies: politicians like numbers.

If you were to go up to Honorable Senator So-n-So and say, “We need to help parents of young children who have disabilities” or “Our state needs more parent training in poor neighborhoods,” you’d probably get an answer like, “it’s not in the budget,” or “we already have Head Start.” Anecdotal evidence doesn’t carry much weight in the policy making world.  Don’t get me wrong, personal narratives are powerfully persuasive, when you have enough of them saying the same thing; but without an official “study” that puts those narratives together and gives them an academic stamp of approval, it can be hard to get anyone in power to listen.

The studies listed above may seem like a colossal waste of resources at first glance.  If these studies are left to sit on the shelves of some dusty library (oops, I’m showing my age again) abandoned in cyberspace, they would be.  On the other hand, if parents, advocates, educators, and other concerned citizens make use of them in the right way, they can be powerful tools.

“We have proof of what we need to create change!”

I still haven’t found a use for the “nose picking” study, but that’s not my area of interest.   I’m not sure how you teach “positive parenting” either, but that’s for the curriculum experts to figure out.  My job, as a parent / advocate, is to find things that can be changed, in order to make life easier/better for those who come after me.

Research is one step on that path.