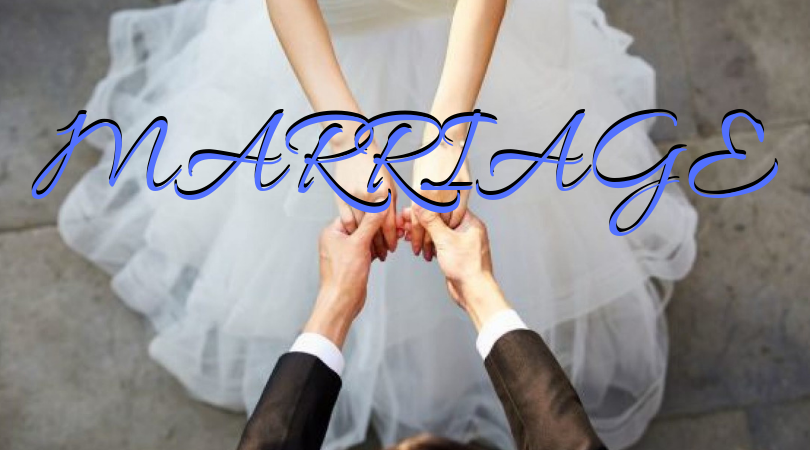 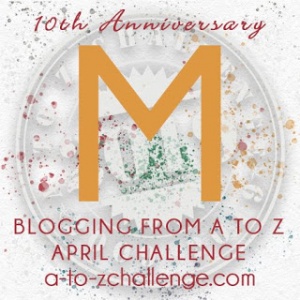 One of life’s milestones, something we all see as a normal life goal, is sometimes just out of reach for some of our adult children with Down syndrome. Marriage represents opportunities for advocacy in two different areas: the personal and the public. 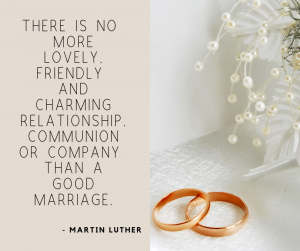 Until recently, it was not common for people with intellectual disabilities to live in inclusive society. Today thanks to inclusion in school, people with Down syndrome have the same expectations for adult life as anyone else; careers, love, and marriage.

In 2009, the documentary film Monica and David premiered. The director, Alexandra Codina, got permission to film the wedding of her cousin Monica to her partner David.

“As parents, we want people to look upon our children with special needs like anyone else,” says Maria Elena. “We want them to be treated with respect and with dignity and to not stare at them and whatever. And yet, because we want to protect them so much, we are typically the first ones who treat them poorly by subconsciously denying them their rights to have a normal life.” –SUSAN DONALDSON JAMES ABC News Oct. 13, 2010

Guardianship and the right to enter into legal contracts – like marriage – is a HUGE issue – one we don’t have space for in this particular discussion.

Last year, another story from the mainstream media (Today.com) went viral in the Ds community.

“Couple with Down syndrome say being ‘honest’ keeps their 23-year marriage happy,” 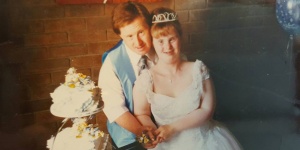 “When Tommy and Maryanne married almost 23 years ago, people believed it would never last because both of them have Down syndrome.  They’ve proved critics wrong.” – Meghan Holohan, March 21, 2018

“When Maryanne’s mom, Linda Martin, realized Tommy planned on using a plastic band, she took him to a jewelry store to help him buy a ring.

At the time, some criticized Martin for allowing the two to marry because they didn’t think people with Down syndrome should, or could, have a serious relationship. But Maryanne’s family disagreed.”

My favorite quote from the article:

“What keeps their marriage so strong is that there is never a hidden agenda. They love each other with their whole hearts and are honest with one another,” said Lindi Newman, Maryanne’s sister, who manages the couple’s Facebook page.”

If couples get past the personal struggles and find their romantic partner, they face another obstacle to marriage. Many people with disabilities depend on Social Security Insurance (SSI) benefits and Medicaid. Unfortunately there is a financial disincentive to marriage built in to the program.

“If the person you are marrying is also receiving SSI, it’s likely that one or both of you will see your benefit amount reduced. This is because the full SSI payment for an individual is $771 (in 2019), while the rate for a couple who are both receiving SSI is $1,157 (which is less than double the individual payment.)” – Alison Barjaktarovich, Disability Secrets.

“Benefits for a married couple, both of whom receive SSI and have no other income, amount to 25 percent less than the total they would receive if they were living together but not as husband and wife.” – Social Security Administration, 12/03

In 2016, Sherri Daniel started a petition on Change.org – a popular way to crowd-source support for advocacy topics. 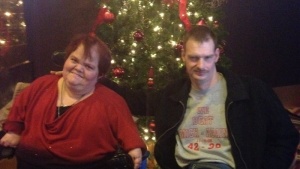 “My name is Sherri Daniel, and I am madly in love. My partner of four years, Bill, is the best thing that has happened to me. We want nothing more than to get married. Yet if we do, the government will punish us by taking away over 25% of our household income.”

Individual stories started appearing in the press, not only addressing the cash benefits at stake but essential medical services as well.

“Renee Wood, one of Ohio’s best-known disability-rights advocates who has cerebral palsy, lost her Medicaid coverage when she married 14 years ago. She now pays $900 a month for high-deductible insurance.” – Disability Scoop – Rita Price, The Columbus Dispatch/TNS | July 29, 2016

The issue has surfaced again, this time in the form of legislation proposed on March 5, 2019, by U.S. Rep. John Katko (R, NY).  H.R. 1529 – “Marriage Access for People with Special Abilities Act” or the “MAPSA Act.” The purpose of the bill is: “To amend title XVI of the Social Security Act to provide that the supplemental security income benefits of adults with intellectual or developmental disabilities [I/DD] shall not be reduced by reason of marriage.” 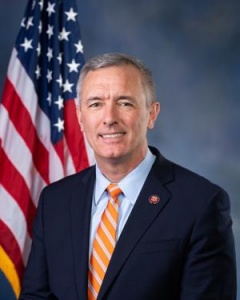 “People with intellectual and developmental disabilities should not have to choose between marriage and their disability benefits,” Katko said.  – Robert Harding Mar 8, 2019

If you’re interested in participating in advocacy efforts around this bill, you can sign up to get alerts from the Congress page or visit the NDSS to help in their efforts to garner more support.

Do you think we should support this bill, as is, or should we insist that the entire disability community benefit from any change in SSI/Medicaid benefits?