Advocacy Community Updates Down syndrome in the media 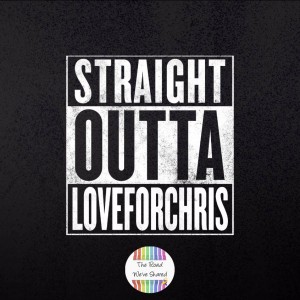 Today we celebrate the 50th birthday of a pioneer in Down syndrome advocacy. Chris Burke became famous with his role as “Corky” in Life Goes On – but he didn’t stop there. His music and his message have been a source of hope for so many – especially those in the generation that grew up with him.

In preparation for this important event, members of The Road We’ve Shared came together and compiled pictures, messages, and video clips to show their love for Chris and all he’s done.

We asked Mardra Sikora  to write a letter and it was so good that it was published in the Huffington Post: Open Letter of Gratitude and Well Wishes to Actor Chris Burke

A copy of the letter, and a poster with lots of pictures and personal messages was sent to Chris. 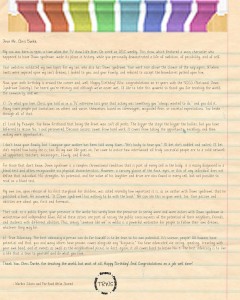 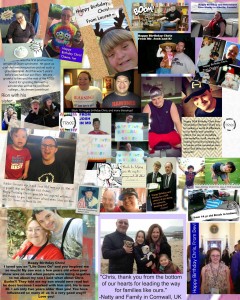 (Thanks Mardra for putting it together!)

Today we unveil another token of our gratitude – a tribute video.  Fans of the show will remember season 1, episode 16, – “Corky Rebels.” In this episode, Corky wants to perform something different in the school talent show as a sign of his independence.  We borrowed a few clips from that, added a couple of the topics of advocacy that are important to us on The Road, and invited our friends to “follow in Chris’s footsteps.” Boy did we get some great volunteers!!

Now, we invite you to share the video and your own messages to Chris and his family using the hashtag #ChrisBurke50 . As we see them throughout the day, we’ll pass them on. Let’s really show some love!