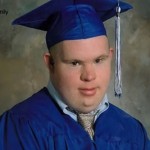 Chambersburg, Pennsylvania is less than an hour’s drive from Frederick, Maryland  – the place where Ethan Saylor was killed in January, 2013.

In Chambersburg, on September 9, 2010, another from our community was taken from his family.

His name was Timothy Smith.

Like Ethan, he died at the hands of someone whose job was to help.

Like Ethan, he died face down on the floor and restrained.

The manner of death was also ruled as homicide by asphyxiation.

Like Ethan’s sister Emma, Tim’s sister, Becki feared what her brother’s death meant to those of us left behind:

“What I want is for my brother’s death not to be in vain,” Boor said. “There has to be some sort of mandated training for these people.

“The important thing is it doesn’t happen to anybody else,” she said.

Unfortunately, Tim Smith’s death did not become public knowledge within the Down syndrome community like Ethan’s has.

It wasn’t law enforcement who resorted to a highly dangerous and mostly banned method of forcing compliance (prone restraint) and suffocated Tim to death. It was the paid caregiver charged with looking out for him in his own home.

Joseph Easton, 41 (260 pounds) sat on Tim’s back until he stopped breathing.

Tim was 37 (186 pounds) and the only resident of a group home operated by Person Directed Supports Inc. On the night he died, Easton claims that Tim charged at him and he did what he thought was necessary.

Easton said, “I certainly didn’t mean to do this. It was simply self-defense. I was trying to protect myself, him and Elizabeth” Camacho, another caregiver.

Apparently, the jury who heard the case against Easton in February 2012 agreed, and found him not guilty of first-degree misdemeanor involuntary manslaughter.

They were back in business shortly after and remain so today with four group homes throughout Pennsylvania.

Tim’s death also brought up questions about training. “Easton testified he trained in First Aid, CPR, and crisis prevention and intervention” but “had never been trained on how to restrain someone on the ground.”

My critics may question why I feel the need to discuss this tragedy now, five years later. Honestly, there are so many reasons but here are a few.

First, I want to give us a chance to mourn Timothy’s death as a community. I’m guessing that most of us have never heard the story and while it’s difficult to read, it provides us with some important things to consider.

As parents and siblings, we have a duty to fully investigate any care provider before we entrust them with our loved ones. This case teaches us one of the places to look when doing our research – the licensing records of the provider in question.

I feel, we also need a better way to report and track such tragedies.  How can we support each other in times like these? Who do we turn to? Did Timothy’s family have a way to reach out to the Ds community like the Saylor family did? How can we make sure everyone knows who to call if the need arises so that they don’t have to go through something like this on their own?

Speaking of which, I’m also hoping we can provide some type of comfort to Tim’s family now. A loss like this never goes away.

His sister expressed the hope that this type of thing never happen again. We know it has, but there are some specific lessons to be learned here.

There is a great deal of information out there on the dangers of restraint, especially when it involves the disability community. This report is one important source:

NATIONAL REVIEW OF RESTRAINT RELATED DEATHS OF CHILDREN AND ADULTS WITH DISABILITIES: The Lethal Consequences of Restraint

I propose that we all read and share this information with anyone who has access to our loved ones.  The use of restraints of any kind is an advocacy item that deserves our support.

Finally, we need to revisit the goals of the Maryland Commission for Effective Community Inclusion of Individuals with Intellectual and Developmental Disabilities. Under the leadership of Timothy Shriver, several other sectors of the community that are in need of training were identified.  The Commission did a great deal of work in this area and we, as a community, should demand that the work not be forgotten.

Tim Smith’s death should remind us that we can not stop with law enforcement and first responders.

Please say a prayer, send positive thoughts, or share this token of rememberance in honor of Timothy Smith, Meyersdale, PA native, beloved brother, and member of the Down syndrome community. 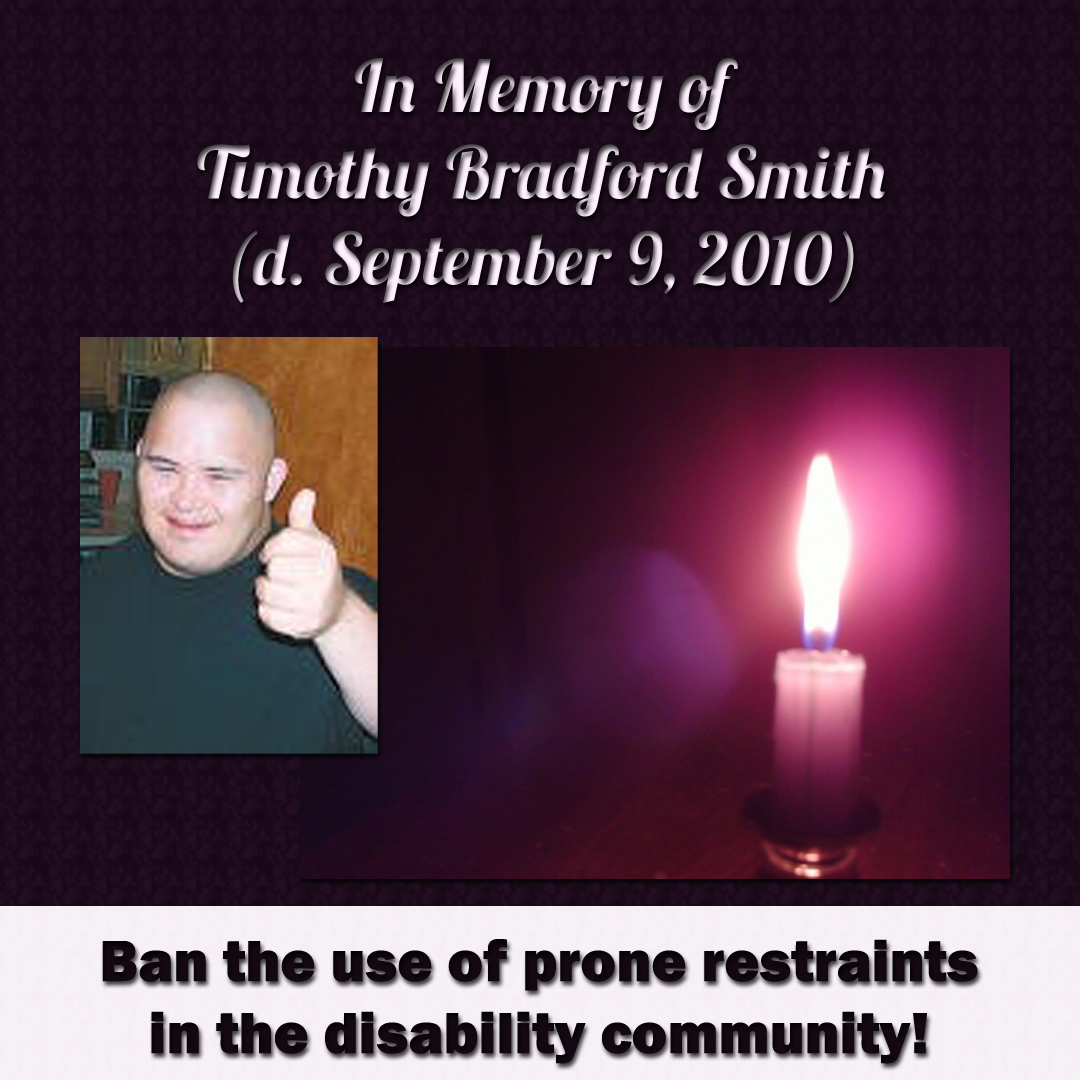